Thought for the weekend 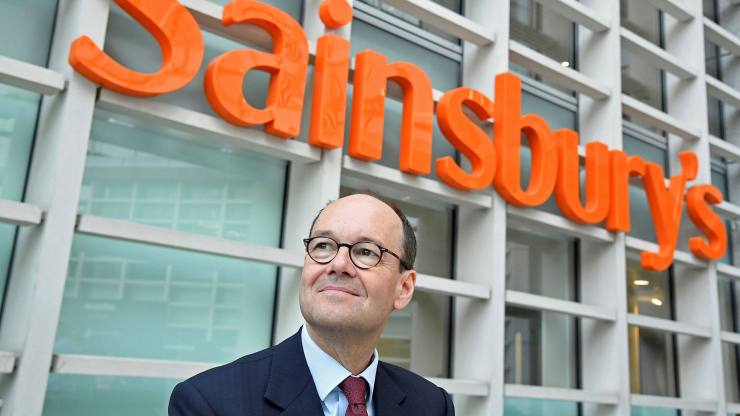 When public life gets too much. 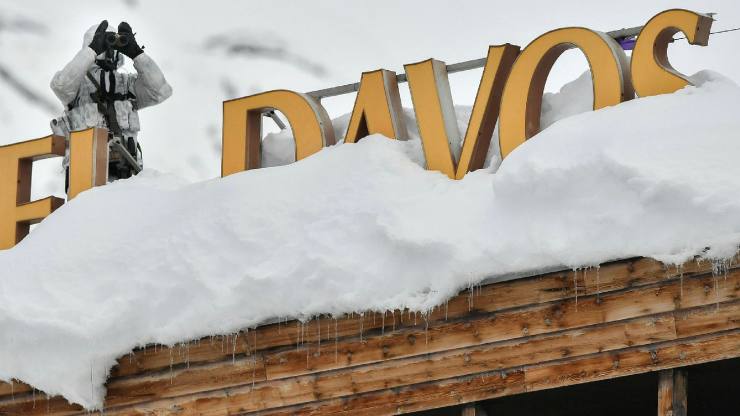 Planes, trains and the economically mobile 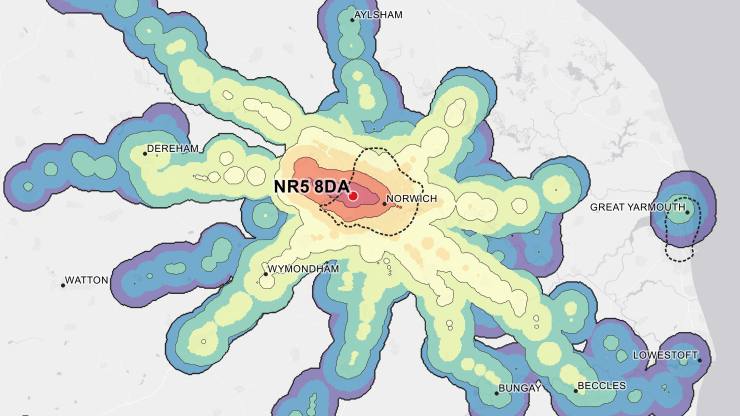 Are financial and cyber crises alike? 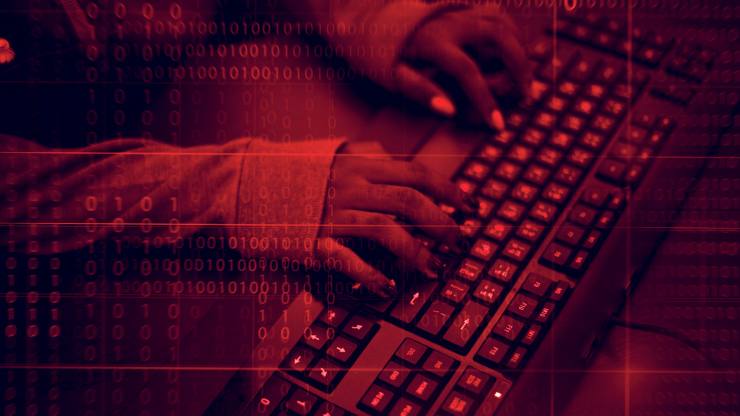 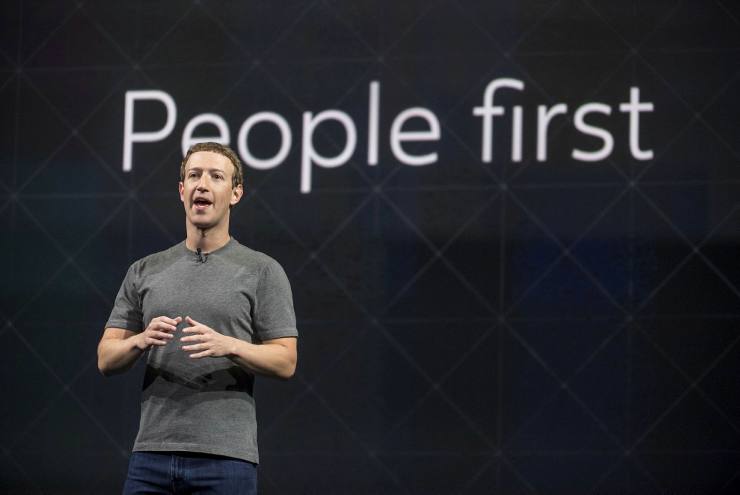 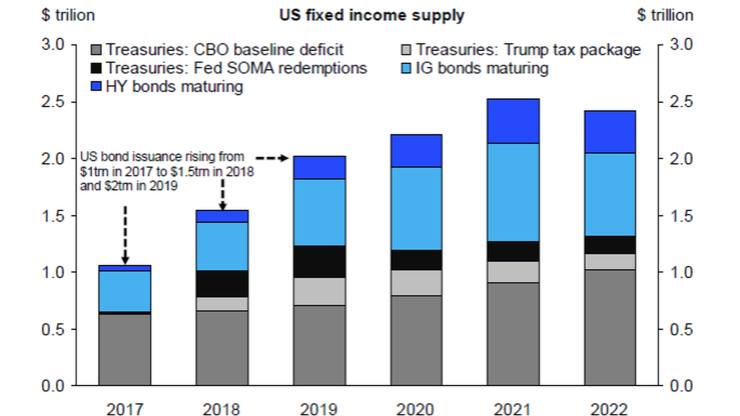 The beginning of the end of easy money?

How was your Sunday? Church in the morning… roast lunch… walk to the pub… sudden desire to recalculate the value of your order book, phone your PRs and have them issue a press release…? No? That last activity was probably not top of the list for many of you, writes Matthew Vincent. But you’re not all head of GKN’s automotive division and facing a hostile takeover bid from Melrose, are you? Spare a thought, then for Phil Swash, who seems to have foregone the sermonising, the horseradish and a few swift halves in favour of a spreadsheet.

A weekend in Texas with ZeroHedge readers, part 3 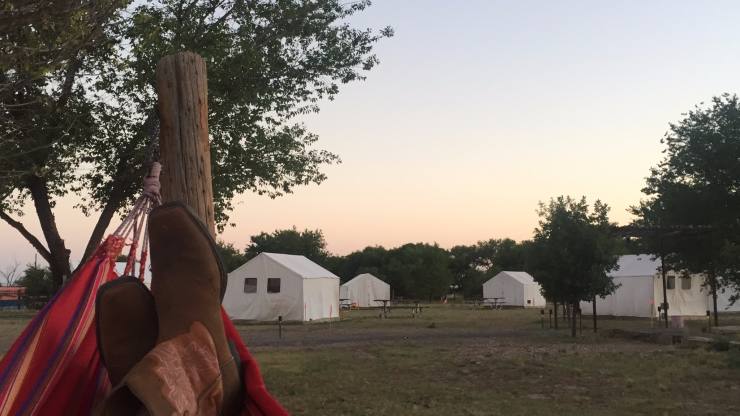 A weekend in Texas with ZeroHedge readers, Part 1 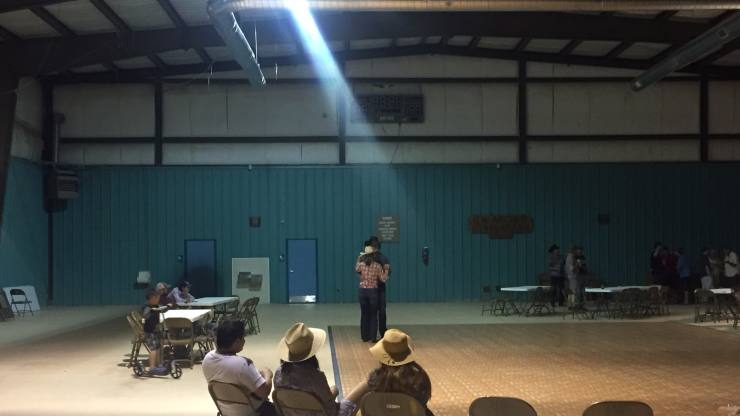 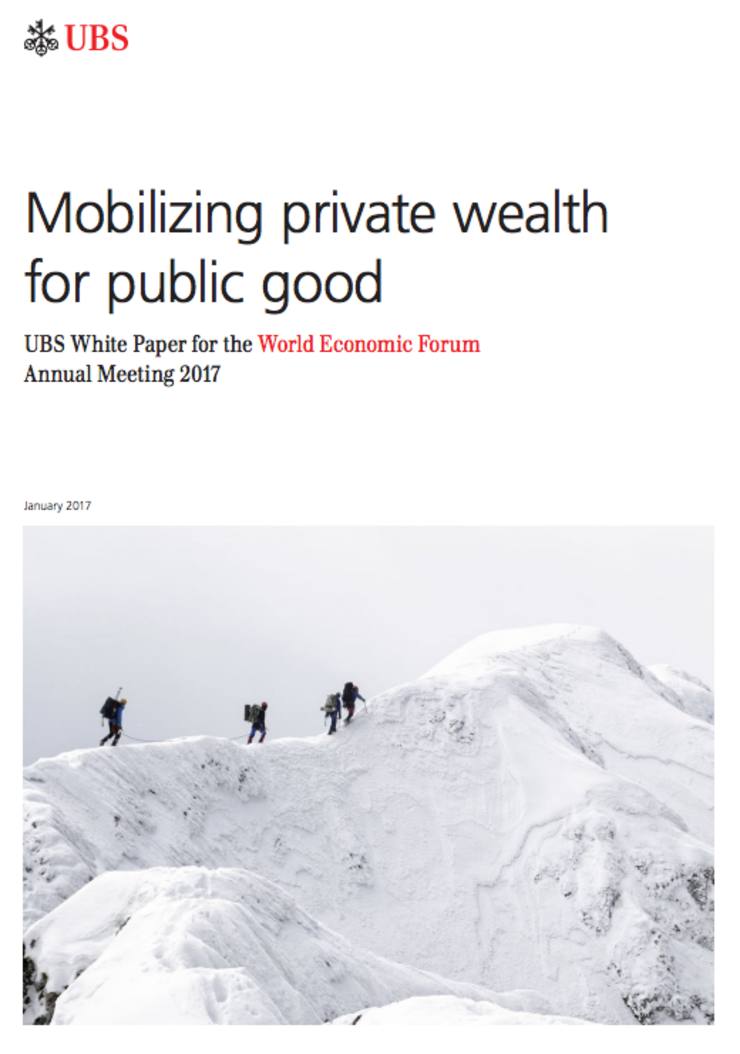 At the WEF Annual Meeting in Davos, UBS has unveiled a blueprint for channeling private wealth towards the United Nations Sustainable Development Goals

On the efficacy of WEF risk reports 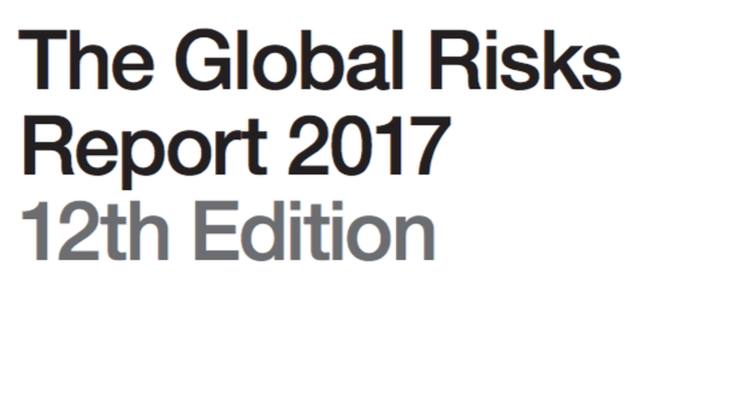 Will the global elite descending on the luxurious Swiss resort of Davos be any more tuned into public concerns this year?

FT Confidential Research: For Li Keqiang, Brexit is both blessing and curse

FT Confidential Research will be hosting an intimate ‘up, close and personal’ China session at the FT’s Festival of Finance this coming Friday at 2pm. It will take place in the M&G Coffee House area and be hosted by FT Confidential Research’s principal for China David Wilder, their chief economist Xiao Qi and head of research Sun Yu. This will be a chance to put your questions directly to the experts and benefit from their unique on the ground, regional perspective. Here follows their analysis of whats’ been going on in China’s shadow banking sector whilst we’ve all been distracted by Brexit. In some respects, Brexit has been a gift for Beijing. The chaos in world markets unleashed by the UK’s vote to leave the European Union means a Chinese hard landing has slipped down the list of potential threats to global stability. Not that Li Keqiang appeared particularly gleeful at this newfound loss of status when he gave his annual address this week to the World Economic Forum in Tianjin. Instead, the premier rolled out his government’s now-familiar tropes about the resilience of Chinese growth and the relative health of the labour market, again dismissing talk of an economic hard landing.

Why is the Netherlands doing so badly?

It’s been eight lean years for residents of the euro area:

Cyberhacking as the next systemic banking risk

We all know how subprime lending triggered the Global Financial Crisis of 2008. We also know how faced with only two options — financial meltdown or the transfer of state wealth to the banking sector — governments felt they had no choice but to save the system at a cost to the taxpayer. But could something as innocuous as shoddy password management or a data breach lead to a very similar set of circumstances in the not too distant future? A group of experts gathered at the World Economic Forum at Davos to talk about cyber-resilience seemed to think that, yes, yes it could. 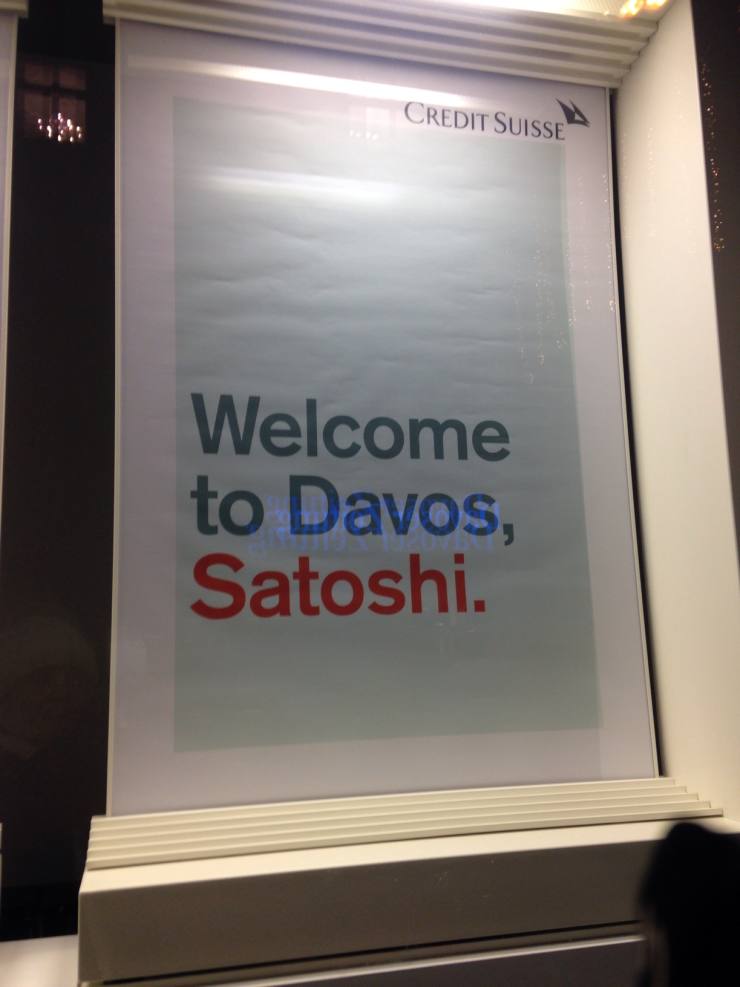 Now that Satoshi is a “Davos man”, does that make him “The Man”?

The Fourth Industrial Revolution and the dollar dilemma

This guest post is from Lutfey Siddiqi, managing director at UBS Investment Bank, and Simon Smiles, chief investment officer for ultra high net worth at UBS Wealth Management. It’s on the back of a UBS white paper for Davos, which you can read here. __________

Some bullet points from JP Morgan’s Flows & Liquidity team to start the week. Signs of capitulation, as they put it, in the face of a slowing China, the CNY and its “depaluation”, the Fed, a liquidity vacuum etc:  Retail investors were heavy sellers of equity funds for two consecutive weeks on extreme pessimism.

Thought for the weekend

This ontological inequality will separate those who adapt from those who resist – the material winners and losers in all senses of the word. The winners may even benefit from some form of radical human improvement generated by certain segments of the fourth industrial revolution (such as genetic engineering) from which the losers will be deprived. This risks creating class conflicts and other clashes unlike anything we have seen before. An excerpt from The Fourth Industrial Revolution by Klaus Schwab, executive chairman of the World Economic Forum.

Whether Davos matters, the end of privacy, and the economics of aging

A reminder that you’ll have a chance to win a Kindle by recommending ways to improve Alphachat at www.ft.com/alphasurvey. Help us out! 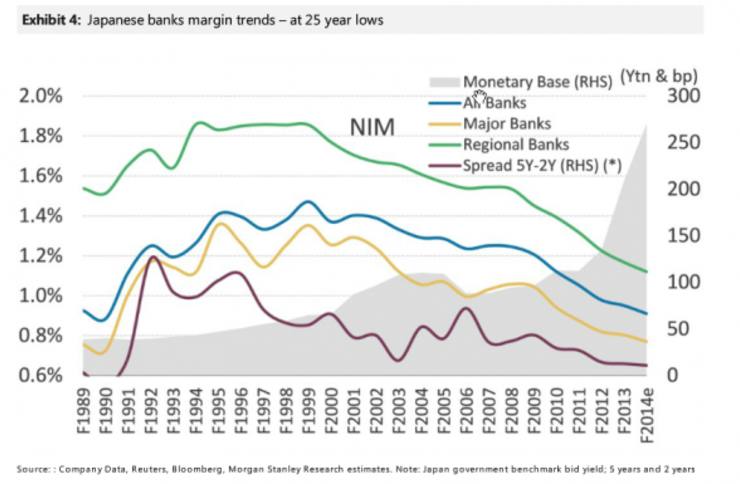 About time we familiarise ourselves with a new three-letter acronym: NIM. It’s bank parlance for “net interest margin”. And all you need to know about NIM is that once you strip out all the other stuff banks do after lending, it’s probably the best measure we have of how profitable a bank’s core business is. The problem these days is that a negative carry universe doesn’t sit well with NIM. Not only are you having to pay people to borrow from you, unless you’re particularly well funded or in the banking elite, you’re probably having to borrow at more than zero. So, unless you’re a bank that has a habit of err, creating false markets or artificial scarcities — which we know has been severely constrained in the new post-crisis regulatory climate — NIM compression is a bit of a big deal. And small surprise, bankers are beginning to worry, especially now that negative rates are a Eurozone-wide thing. (FWIW FT Alphaville’s “negative carry” tag takes that concern back as far as 2012.)

This guest post is from the co-authors of UBS’s white paper for the WEF meeting 2015 in Davos, which started on Wednesday. Note that one of the co-authors, UBS Investment Bank’s chief economist Larry Hatheway, will be fielding questions on the energy chapter on Friday at 11:30am during Markets Live.

You can sign up to receive the email here. Saudi Arabia’s King Abdullah has died, elevating Crown Prince Salman to the helm of the world’s largest oil exporter, a key US ally.

Speaking at Davos this morning, Angela Merkel and Alexander Stubb argued that European creditors should not be held responsible for their poor lending decisions. Well, that’s not exactly how they phrased it:

Davos must face up to life after ZIRP

This guest post is from the co-authors of UBS’s white paper for the WEF meeting in Davos, which started on Wednesday. Note that one of the co-authors, UBS Global Asset Management’s head of asset allocation & currency Andreas Koester, will be fielding questions on the financial policy chapter on Thursday at 11am during Markets Live.

Barack Obama’s State of the Union address sought to capitalise on the resurgent economy to win support for his progressive policies, but Republicans were quick to point out that many Americans have yet to feel the benefits. Pointing out that the president’s overview might not be completely objective, the NYT’s Upshot did their own analysis of the State of the Union – stronger than when Mr Obama took office, but still troubled. (FT, NYT) When a Democratic president talks up “transgender” rights in prime time, you can be sure he does not face re-election. His real game was to set the field for Hillary Clinton’s election victory next year, which is also Mr Obama’s best hope of cementing his legacy, writes Ed Luce. (FT)

This guest post is from the co-authors of UBS’s white paper for the WEF meeting in Davos, which gets underway today. Note that one of the co-authors, UBS Wealth Management’s global chief investment officer Mark Haefele, will be fielding questions on the technology chapter during Wednesday’s Markets Live session at 11am.

FirstFT (the 6am Cut)

You can sign up here to receive the email. Barack Obama called on the US to “turn the page” on an era of war and recession in his State of the Union address. He tried to capitalise on the resurgent economy to win support for his progressive policies, but Republicans were quick to remind Americans that many of them are yet to feel the benefits of an economic recovery. (FT)

You can sign up here to receive the email each morning. China’s economy grew at the slowest pace in nearly a quarter of a century last year, even as it overtook the US to become the world’s largest in purchasing power terms. The annual expansion of 7.4 per cent was the slowest since 1990.That slowdown is expected to continue in the coming years, partly as a result of its far larger size, but also as its credit-fuelled, investment-led growth model, reliant on low wages and polluting industries, runs out of steam. (FT)

You can sign up to receive the email here. Shares in China’s biggest securities brokerages tumbled this morning and dragged the broader market down more than 6 per cent after a regulator moved to curb margin lending. (FT)