Lessons in monetary policy – Use it or Lose it

Surprise! Economists mostly failed to predict that the Reserve Bank of Australia would cut rates to a record low of 2.75 per cent at its monthly meeting today. Yep, lower than during the height of the financial crisis — another sign that we’re living in different times now. 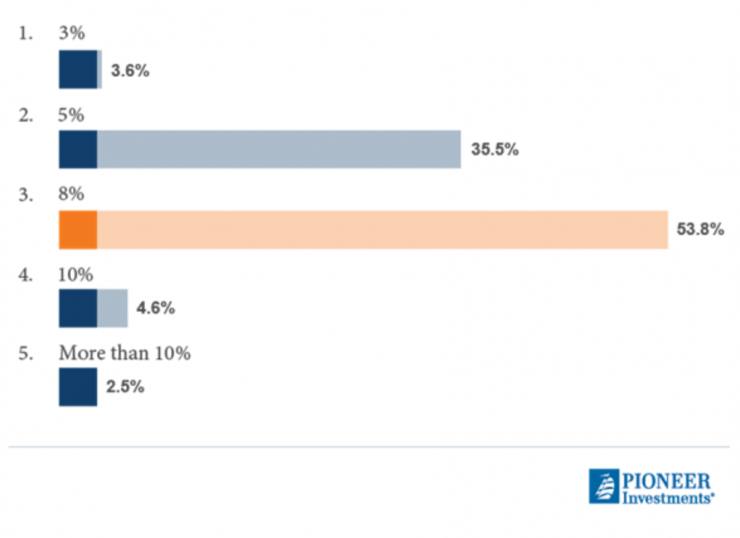 By Theo Casey, marketcolor This might be best considered an addendum to Kate’s Politburo detective work on Friday which highlighted China’s changing attitude to growth (now maybe less important) and financial risk (now probably more important). It’s a piece of the China recovery puzzle we don’t look at enough.

A weakness in the unstoppable AUD?

Australia’s currency has become a different kind of creature in the past few years, moving from being mostly a commodity play to more of a safe haven. This has been something of a double-edged sword for the country’s monetary policymakers: it helped avoid a big inflationary spike as the mining investment boom was booming; but now that wave is close to peaking, the burdens of having a premium currency are becoming harder to bear.

Of credible threats and plans

We compared the Eurogroup to an EM crisis talking shop earlier. Well, selected quotes from Eurogroup Working Group conference call notes, from Reuters: “The (Cypriot) parliament is obviously too emotional and will not decide on anything, if Cyprus does not even feel that they can attend the call it is a big problem for us” “We have never seen this” “Markets believe that we will find a solution and that we will provide more money and this might not be the case” Sorry to EM crisis talking shops.

Strong currencies are the bane of every triple-A rated, QE-less economy in currency war-torn 2013, it seems. It’s become an increasingly irksome point in Australia, where the initial exuberance over cheap foreign holidays has been slowly replaced by worries that it’s squeezing the non-mining sectors. An FOI request by Bloomberg yielded a bunch of documents from the Reserve Bank of Australia about the currency’s overvaluation problem. Specifically, how bad it is and who’s to blame. Well, who among other central banks*, at least. Here’s list of the definitely-implicated:

On SWFs being paid to borrow

The big story on Friday concerns the terms and structure of Qatar’s life-saving support for Barclays at the peak of the financial crisis in 2008. As Daniel Schäfer, Caroline Binham and Simeon Kerr report, the key issue is whether Barclays lent Qatar the money to buy shares in the bank.

China announced last week that its State Administration of Foreign Exchange would remove the $1bn limit for foreign sovereign wealth funds, central banks and monetary authorities buying Chinese assets through the Qualified Institutional Investor Programme (QFII). David referenced that this might turn out to be pretty significant as reserve managers are currently desperate to diversify their holdings out of euro and dollar. But there’s another important factor to consider too. China is not a benevolent agent which just does things for the sake of pleasing other people. If it chooses to act you can bet your bottom yuan that it’s because it suits its own interests to do so.

China snuck something out last Friday that just might be pretty significant… From the FT:

When waning Aussie bond enthusiasm is not enough 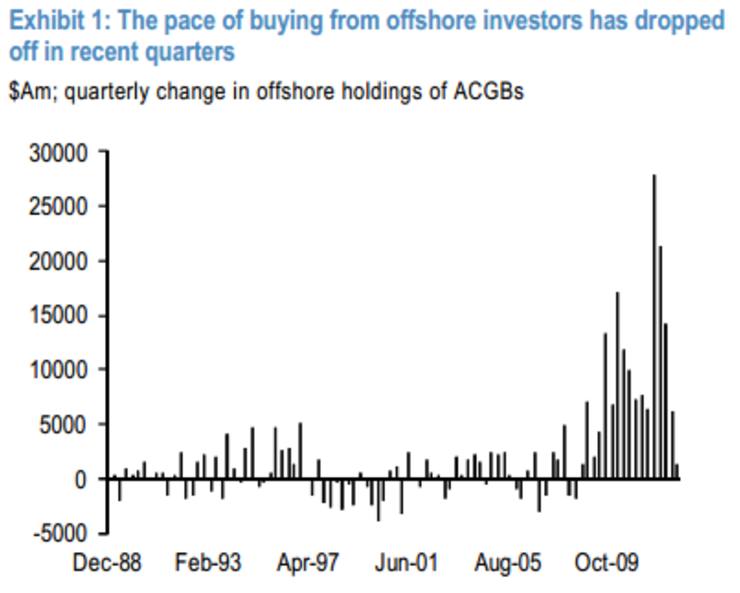 The Reserve Bank of Australia cut its cash rate on Tuesday to 3 per cent — making a total of 175bps worth of cuts since November 2011, and bringing the rate to its lowest level since the depths of the financial crisis. The RBA’s governor’s statement alluded to the bank’s discomfort over the stubbornly high Australian dollar, which is not doing what it tended to do in the past and falling to provide a fillip to the economy:

Romney leads presidential debate: Mitt Romney was widely viewed as more successful in the first US presidential debate of this campaign, in which he focused on weak growth and high unemployment. Many observers were confused by why Obama failed to mention Romney’s “47 per cent” gaff. Romney’s chances of being elected president rose to 32 per cent from 25 per cent on Intrade after the debate.

Romney basically won last night’s debate: Mitt Romney was widely viewed as more successful in the first US presidential debate of this campaign, in which he focused on weak growth and high unemployment. Two of Barack Obama’s top campaign advisers conceded that Romney won on style, even as they said the president won on substance.

A few nervous bid arbitrageurs have their eyes on the Qataris right now — wondering, expectantly, whether the Gulf state’s sovereign wealth fund will now support the takeover merger of equals between Glencore and Xstrata. The Glenstrata share ratio has been hiked and the Qataris, it is assumed, don’t really care about the size of retention bonuses at Xstrata. But a public endorsement of the deal was noticeably lacking on Monday… 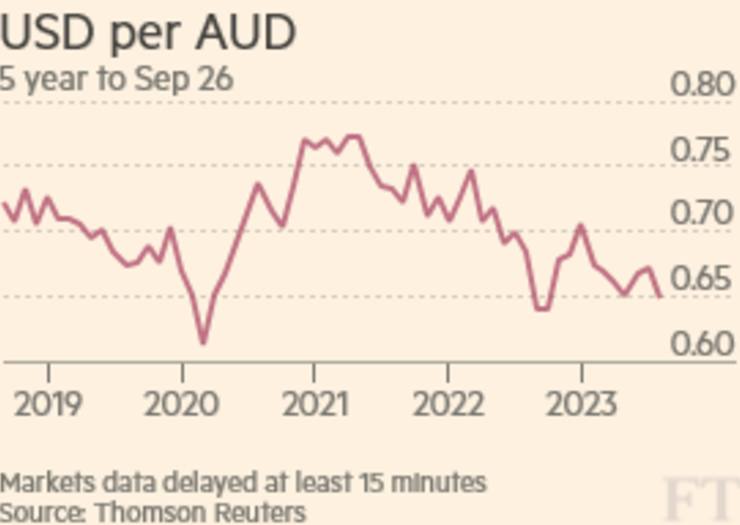 When commentators cast around for reasons to explain the strength of the Australian dollar in the face of falling iron ore and coal prices they all arrive at the same answer - haven bond buying by central banks/ sovereign wealth funds. In fact, we’ve also made that very point.

What about some info Glenstrata? – updated 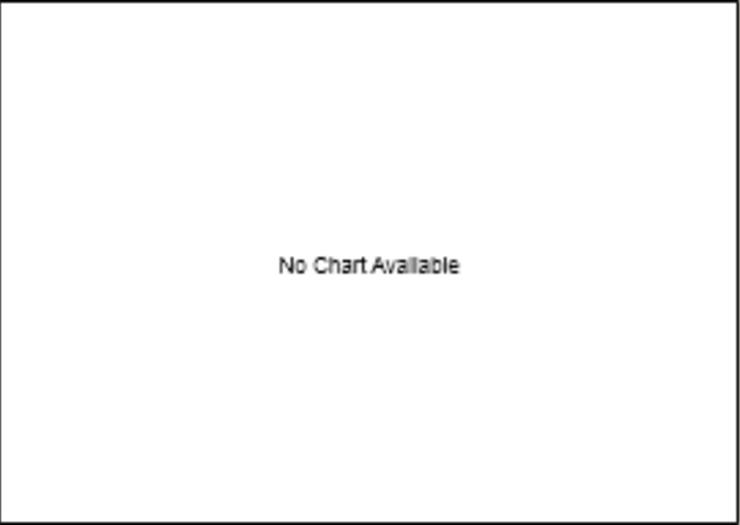 At around 8.20am this morning, there was some news from the Theatre-Casino in Zug. Xstrata had adjourned EGM for the $80bn merger following a “development”.

Fortescue and the Wile E. Coyote moment for the A$

And so Fortescue Metals Group, poster child for the Australian resources boom, has bowed to the inevitable and scaled back its heroic expansion plan. Or as the heavily indebted company prefers to spin it; Takes decisive action on iron ore market volatility.

EU investigating cigarette sales to Syria. The sales were by a Swiss-based unit of Japan Tobacco to a firm at least partly owned by the Makhlouf family, according to documents seen by the Wall Street Journal. The Makhloufs are first cousins of Syrian President Bashar al-Assad. The EU’s anti-fraud office, OLAF, is investigating whether the transaction broke European and US sanctions (Wall Street Journal). Apple is now the most valuable company, ever, exceeding a previous record set by Microsoft. Apple’s shares closed up 2.6% to $665.15. However the record failed to lift US stocks, which closed flat (Reuters).

The mechanics of a water pump 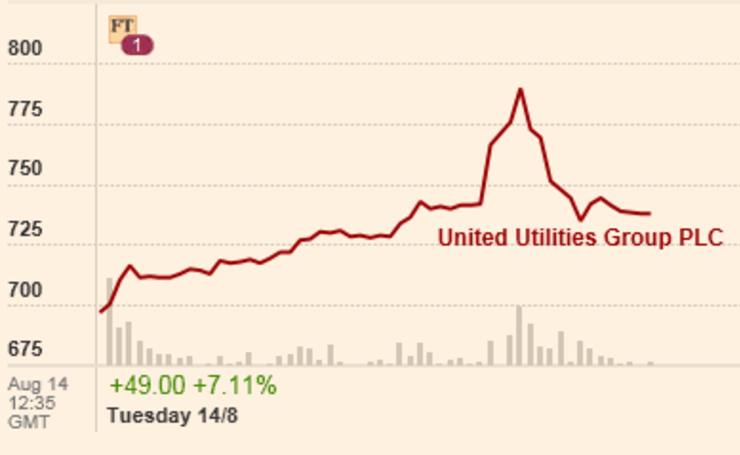 Well, that was silly.

There is a disturbance in the UK funding curve FT Alphaville has already referred to the weird phenomenon of unsecured funds trading through secured funds in the UK this week, as reported by ICAP. By definition, secured borrowing should be cheaper than than unsecured.

Some highlights from Monday’s FTfm. SWFs go shopping for managersCash-rich sovereign wealth funds are believed to be exploring the possibility of buying asset managers in a drive to lower fees and ramp up their investment expertise.