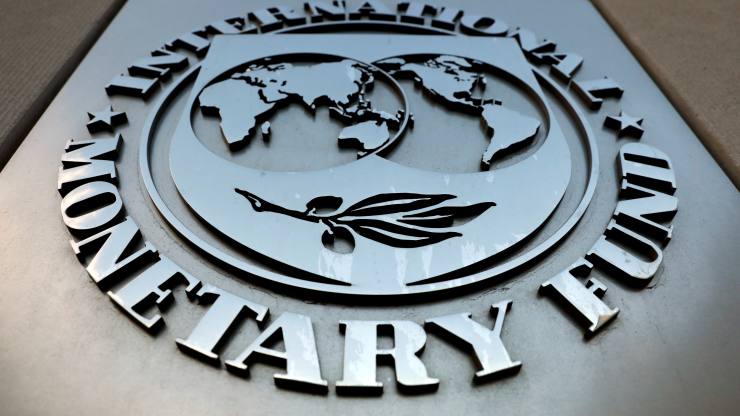 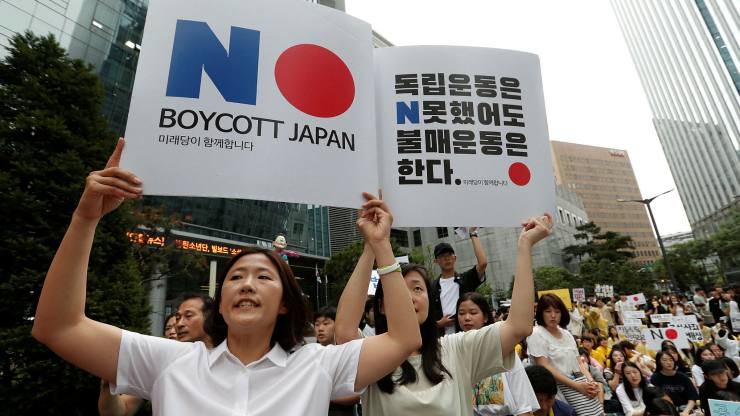 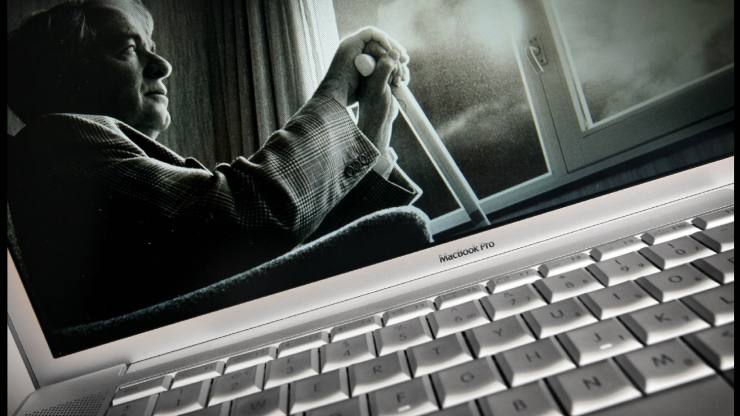 The child is father of the man.

A new kind of mortgage lending 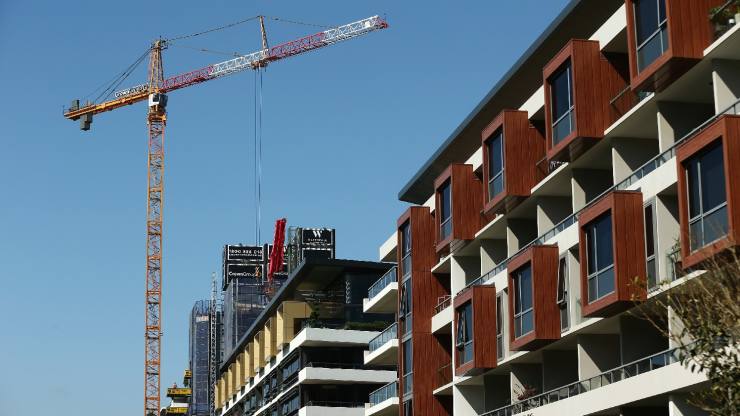 Don't write off the public sector 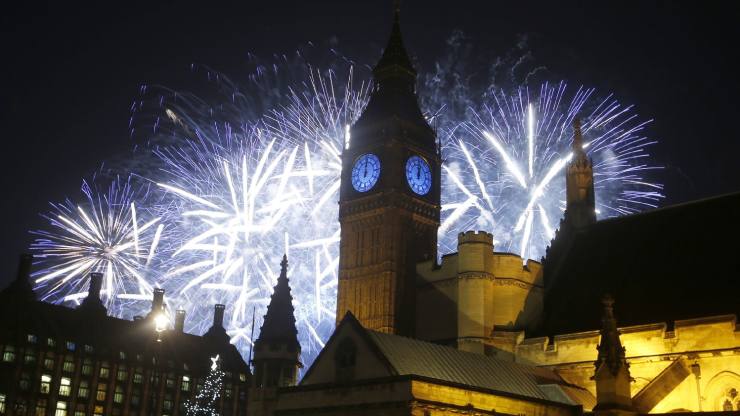 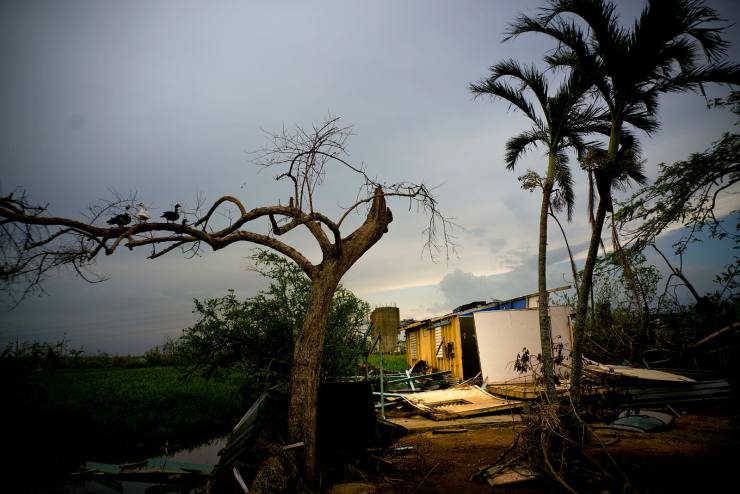 Someone is wrong on the internet, government employee pensions and passive investing edition 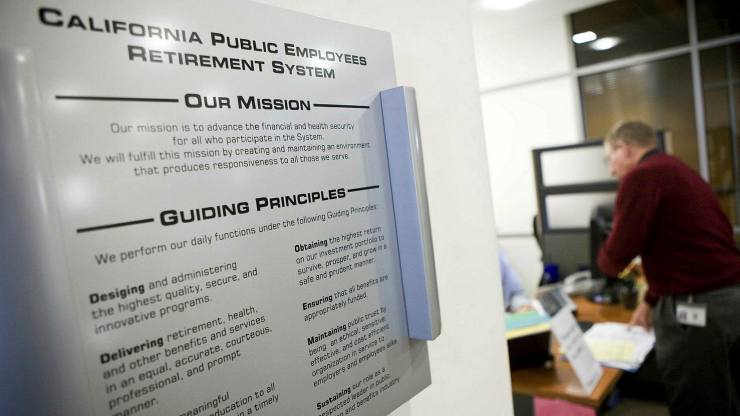 Area law professor is deeply confused about both public-employee pension funds and investing. 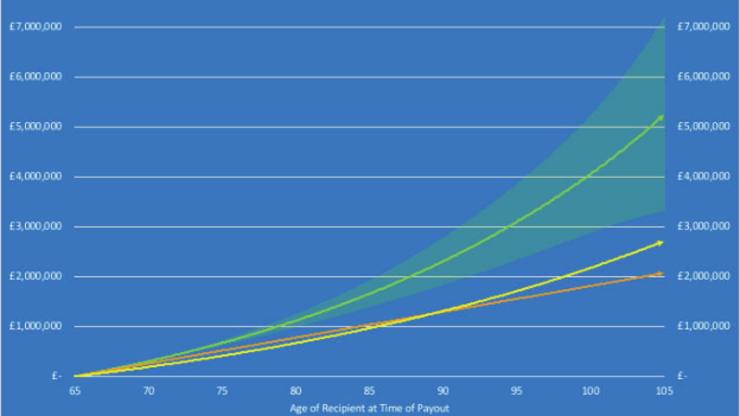 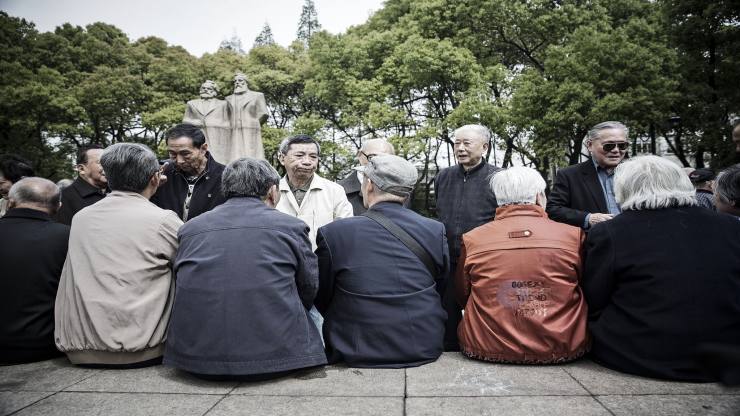 The rise of pension funds in China could have a profound effect on global markets.

Saving for old age: the global story (part I) 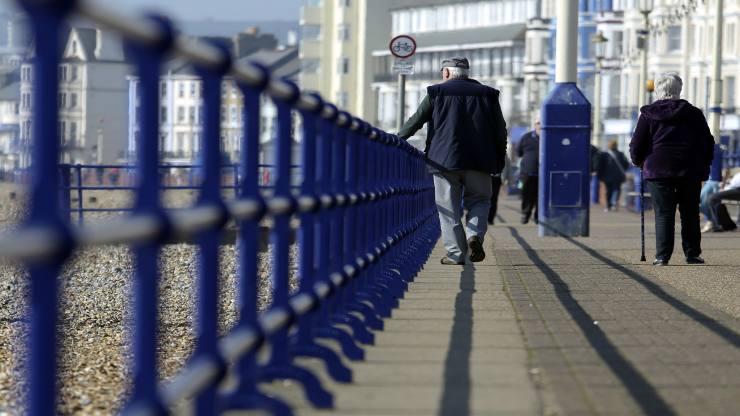 A small number of countries have most of the world’s pension savings, but that may change.

Pension and audit probes at Carillion 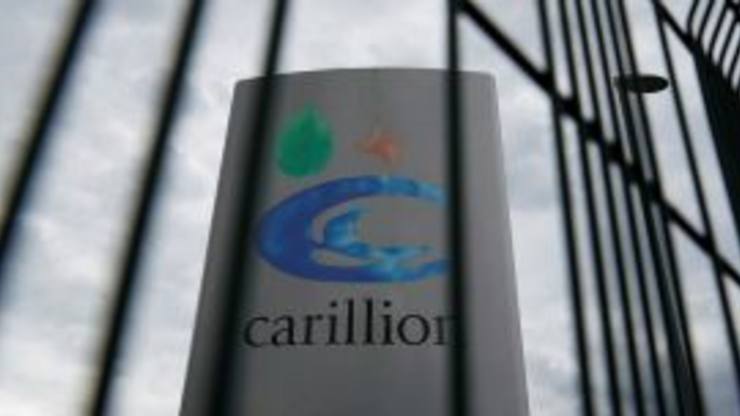 If Carillion’s former directors, pension trustees, auditors or even pension regulators were hoping the news agenda might have moved on by now, Opening Quote has news for them. And it’s not good news, writes Matthew Vincent. This week, the Work and Pensions Select Committee is turning its attention to the collapsed construction group’s pension scheme funding – and the committee chairman has already accused the management of spending ten years trying to “wriggle out” of its pension obligations. 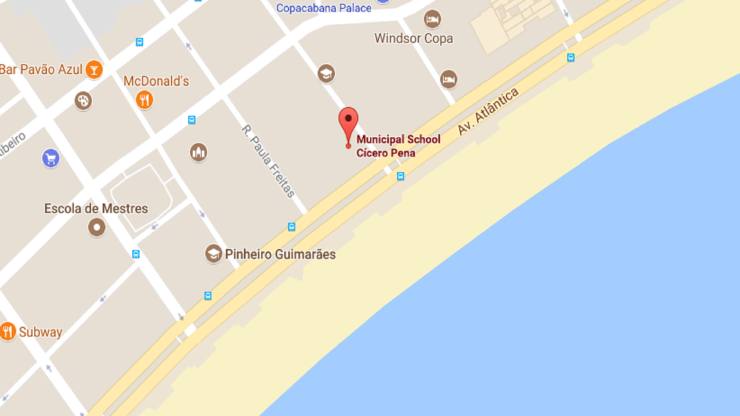 Systematically mismeasuring assets and liabilities is no way to go through life. 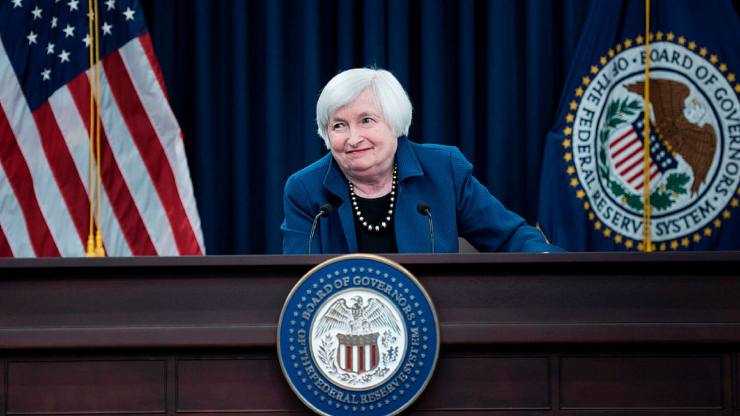 Snap AV: Kill the old and take their money 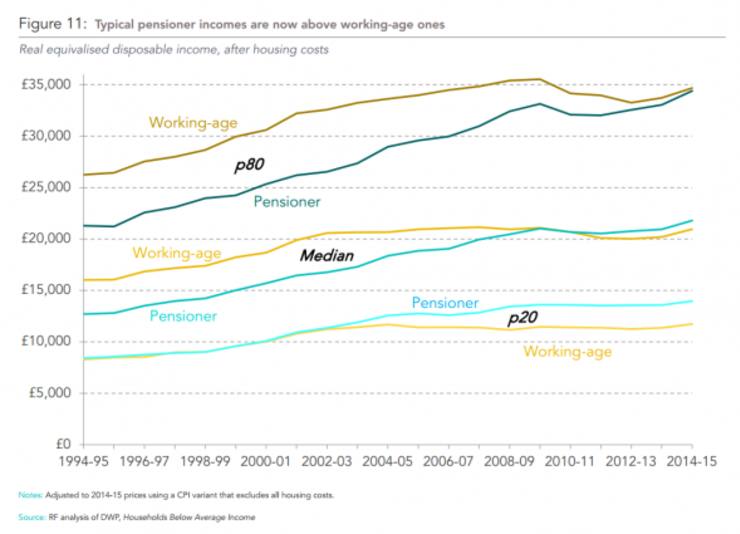 The median pensioner now has a higher disposable income than their working age equivalent.

Corporate debt in China is a well-known problem and part of the solution is, apparently, a new round of debt-for-equity swaps. Of course, there will always be sceptics.

Electra has a new activist CEO, Tate & Lyle profits have recovered, Brent crude is back above $50 a barrel. FT Opening Quote, with commentary by City Editor Jonathan Guthrie, is your early Square Mile briefing. You can sign up for the full newsletter here.

The never ending research note on ageing (yes, that one) A couple of weeks ago, Bank of America Merrill Lynch put out a research note titled: “The Silver Economy — Global Ageing Primer”. The document, by equity strategists Beija Ma, Sarbjit Nahal and Felix Tran, is long. Really long. Like, 232-pages long. And people are scared they might be subsumed into the silver economy before they finish it. *opens note on global ageing* *discovers it's 232 pages long* *considers whether life is too short* — Richard Barley (@RichardBarley1) May 20, 2016

BHS has only itself to blame for its pension troubles

Here’s an odd argument the Bank of England is somehow to blame for BHS’s massive pension hole. This is the key bit: The investment environment fundamentally changed post-2008. To keep the UK economy liquid in the crisis, between August 2008 and March 2009, the Bank of England cut the base interest rate from 5% to a record low of 0.5%, where it has stayed ever since…The problem arises in the difference between the amount of money set aside to cover eventual pensions and the obligations. The entire DB scheme is a bet that today’s investments will always come good, forever, and cover tomorrow’s guaranteed payments. Schemes had been banking on annual returns from their investments of at least 5%. Suddenly, with low interest rates, and stocks going through the post-crisis trough, it’s down to 0.5% as a base. That means they have to put up a lot more new money to get the returns they need. Contrary to what’s implied in the piece, it’s quite simple to manage a defined-benefit pension properly — especially if most of the beneficiaries are already retired. The level of interest rates only matters if you’re doing it wrong.

Subcutaneous grey liabilities, from Tasmania to Kentucky via Schleswig-Holstein 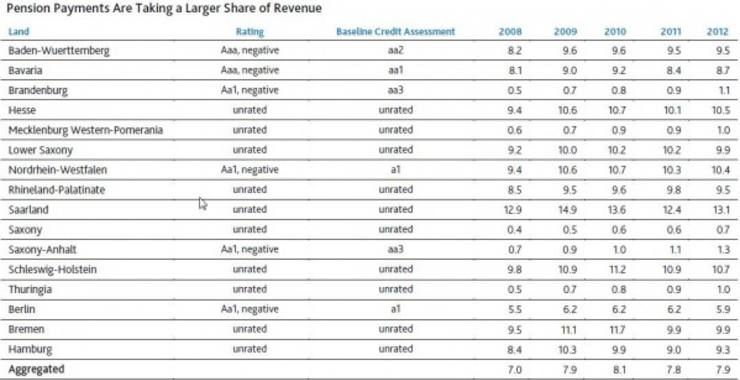 Creakier than sovereigns’ long-term pensions liabilities? Sub-sovereign ones, possibly. A new piece by Moody’s lands, looking at the problem among the regions and cities of four countries otherwise rated Triple-A: Australia, Canada, Germany and the United States.

RIP old RPI!? Nah, we’ll just stick with the old Retail Price Index formula said the National Statistician on Thursday morning, surprising just about every analyst in our inbox and making holders of index linked gilts pretty darn happy. Yields have fallen by between 22bps and 38bps across maturities at pixel. The ONS had four options to choose from, moving from ‘no change’ to the RPI through to ‘lots of change’. Each choice would have involved the Carli index, that most prettily named devil, which isn’t used by any other advanced economy’s statistical measures due, primarily, to its large upward bias. But, obviously, it still persists within the RPI where, according to estimates, it was worth nearly a 1 per cent bump in the measure per year.

Some highlights from Monday’s FTfm. Delistings worry for managersDelistings from exchanges in Greece, Ireland and other peripheral eurozone states could deter fund managers from buying into companies in those countries, equity investors have warned. Impact investing forecast to doubleTake up of “impact investing” among UK pensions funds is set to double within two years, with nearly half of schemes planning to put money behind socially beneficial initiatives such as green energy, social housing or microfinance.

Some highlights from Monday’s FTfm. Dutch funds cutting pensionsMore than 80 Dutch pension funds will have to cut payments to pensioners for the first time ever from April next year, unless they can improve their financial situation. De Nederlandsche Bank, the Dutch central bank, has mandated that pension fund assets must equal at least 105 per cent of liabilities by the end of 2013.

Some highlights from Monday’s FTfm. Value of Nobles Crus wine fund questionedThe wine fund, which is one of the world’s biggest wine investment funds, values its holdings at much higher prices than those used by 10 of its rivals 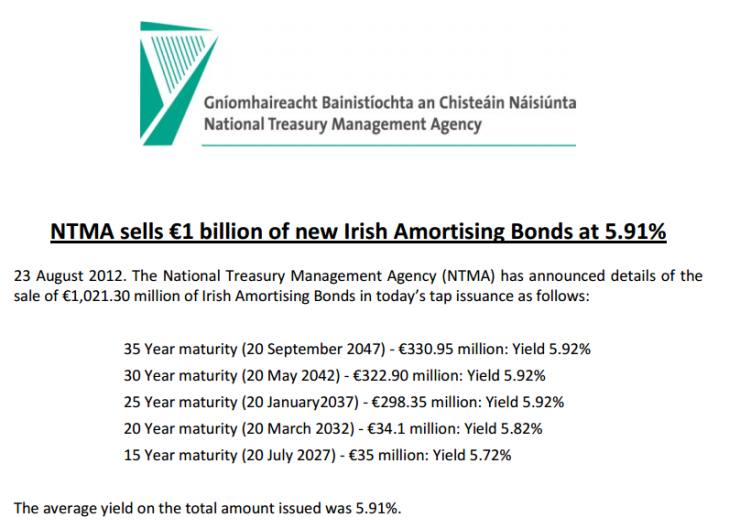 That’s Ireland getting about €1bn worth of long-dated amortising bonds away at a sale on Thursday… its latest step towards being able to tap private markets, post-bailout. From the Irish debt office release: