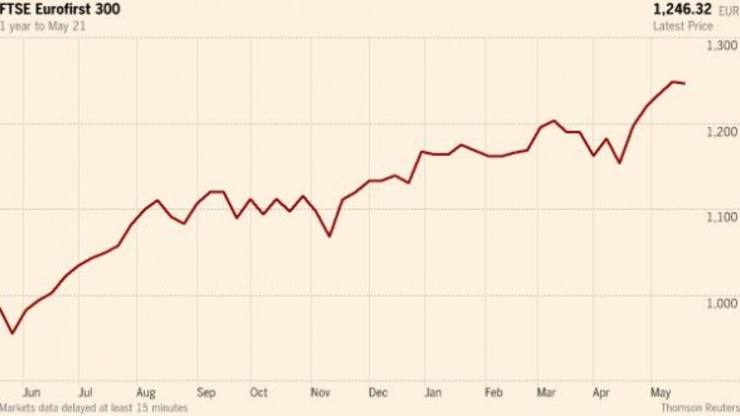 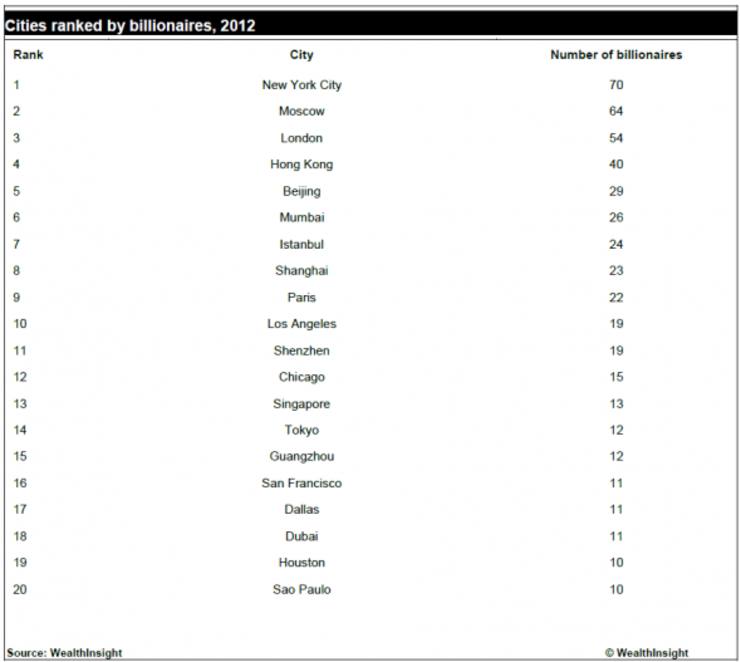 Someone at Bloomberg will be getting it in the neck for not having done this already. Here’s the concentration of ultra wealth by city, courtesy of Wealth Insight. Click to enlarge.

Japanese stocks rallied and the yen fell on Monday as the G20 did not single out the country for criticism over currency manipulation. The yen weakened 0.6% to 94.12 and the Nikkei rose 2.3% by early afternoon in Tokyo, pulling the MSCI Asia Pacific Index 0.5% higher. (Bloomberg)(Reuters) G20 to Japan: Just don’t talk about it. At the weekend, global finance ministers “signaled Japan has scope to keep stimulating its stagnant economy as long as policy makers cease publicly advocating a sliding yen”.(Bloomberg) Meanwhile Japan’s president Shinzo Abe on Monday referred again to changing the BoJ’s remit: “It would be necessary to proceed with revising the BOJ law if the central bank cannot produce results under its own mandate,” he said, referring to the new 2% inflation target. (Wall Street Journal)

BoJ adopts 2% inflation target and unlimited asset purchases: The Bank of Japan has moved to open-ended monetary easing, while yielding to the government’s call for a higher, harder target for inflation, in its strongest show of commitment to ending years of corrosive deflation. The bank is adopting a 2% inflation ‘target’, in contrast to the previous 1% price ‘goal’, and from January 2014, when its current Y101tn round of asset-purchases had been set to expire, it will begin buying Y13tn ($146bn) of mostly short-term government debt each month until that inflation target is met. (Financial Times)(Wall Street Journal) Asian stocks swung between gains and losses after the BoJ announcement. The MSCI Asia Pacific Index was little changed in the early afternoon Tokyo time, with about five stocks falling for every three that rose. The Nikkei declined as much as 0.9% after initially jumping 1% on the BoJ news. The Hang Seng was up 0.3% and the Kospi up 0.2%, while the ASX was little changed. (Bloomberg)

Good morning, New York… we hope everyone’s ok out there! Public service announcement: the clocks went back an hour on Sunday in Europe, but they won’t go back in the US until this coming weekend. So, for the time being, 6am NYC time is 10am London time. Put differently, it’s going to be easier to arrange mutually convenient times for transatlantic conference calls this week. We are sure you are ecstatic about this.

IEA predicts boom for Iraq’s oil industry: Iraq’s oil output is to more than double by the end of the decade and by the 2030s it will be the world’s second-largest oil exporter after Saudi Arabia, according to an in-depth study by the International Energy Agency. Fatih Birol, the IEA’s chief economist, said Iraq’s oil production would be “crucial for the health of the global economy”. He added thatIraq would account for 45 per cent of the anticipated growth in global oil supply over the current decade. (Financial Times)

The Bank of Japan announced strong monetary easing measures on Wednesday — expanding its asset-purchase programme to ¥80tn ($1.01tn) from ¥70tn as it tries to tackle entrenched deflation, a strong yen and the impact of slowing global growth. The additional purchases will be Japanese government bonds and short-term government bills, as with most of the existing previous purchases, and the programme itself will be extended to the end of 2013. The dollar rose to ¥79.02 from ¥78.69 on the news. (Dow Jones) Saudi Arabia offers more oil: Saudi Arabia has offered its main customers in the US, Europe and Asia extra oil supplies through the end of the year, a sign the world’s largest exporter is worried about the impact of rising prices on the global economy. The nation last month produced 9.9m b/d, but the senior official said that Riyadh was now again pumping around 10m b/d. “We are consulting our clients about their oil needs and telling them we are ready to supply more,” a senior official said. (Financial Times)

Update (8:20am BST): it seems the usually-reliable sources were mostly reliable in this case, though there remains some uncertainty over whether they can tell one Chinese gold company from another. Barrick Gold statement:

Standard Chartered agreed to pay $340m to settle allegations that it broke US money-laundering laws. The settlement was reached before a potentially bruising hearing was due to take place on Wednesday (Financial Times). The payment to the New York state Department of Financial Services is the largest fine ever collected by a single US regulator for money laundering (Wall Street Journal). (More on FT Alphaville) Former BBC director general Mark Thompson will become the New York Times’ next president and CEO, after an eight month search by the news company for a new chief (Reuters).

In the matter of New York vs London…

Arguing over which city is the world’s premier financial hub is so pre-crisis. For years now the debate has been Who is the Most To Blame For This Godawful Mess? And how? But that got boring and no-one went to jail. So now it’s time for Who’s Got the Worst Regulators?

FT Global Markets Overview: “Asian markets advanced for a third day, with Japanese shares in the lead, as investors snapped up resource stocks amid renewed optimism about the global economic outlook. Global stocks and other growth-sensitive assets gained momentum amid a string of better-than-expected earnings reports in the US and Europe, and hopes that central banks will provide additional stimulus to ailing economies.” (Financial Times) Japan’s H1 trade deficit was a record Y2.5tn ($31.8bn), five times higher than a year earlier, as soaring fuel bills after the Fukushima nuclear crisis were compounded by lower exports (Financial Times).

Yeah, yeah, yeah, yeah. This post is offering an idiot or two the publicity they were hankering after. But there’s something strangely post-modern about this “news.” It’s like the financial crisis never hit. And it may be that none of us can actually move post-crisis until the individuals concerned depart this planet. In a corporal sense.

Just when you had had enough of Grexits, Greuros and Drachmageddons, here’s another irritating term to add to the eurozone crisis lexicon: Brixit. Yes, the genius fusion of the words Britain and exit to describe another gloomy scenario. The word was coined by The Economist’s Bagehot column this week (although apparently it is also the name of a Swedish shop that sells Lego) to describe an event that it argues no British political party wants but is nevertheless likely to happen. (The story of the euro crisis, surely?)

Japan’s current account surplus for April was smaller than expected, reports Bloomberg, at 334bn yen compared to economists’ median estimates of 441bn. However the country revised its Q1 GDP growth rate up to 4.7% in annualised terms, from 4.1% previously, reports the WSJ. The main reason was capital spending which declined at a much slower rate. Concern is growing that China’s stimulus measures will ultimately harm the economy, says the FT, after Thursday’s interest rate cut announcement from the PBoC.

To bin or not to bin the FTT

It’s all gone a bit quiet on the financial transactions tax front but Algirdas Šemeta, the European Union’s tax commissioner, wants you to know that the idea is still very much alive. In an interview with Die Zeit, the German daily, he said he’s not giving up on the idea that “derivatives must also be covered by the tax” in order to reach a compromise at the EU level. He also seems to think that:

“The FSA is not about justice, it’s about justifying their existence.” Discuss

The statement above comes from reader WEB, in a comment on Tuesday’s post concerning the public hanging of Ian Hannam, the heroic JP Morgan Cazenove banker fined by the FSA for supposedly distributing price sensitive information in two emails. Scrolling through the related comments here on FT Alphaville and also elsewhere on FT.com, opinions would seem to fall into three camps: there’s the ‘screw him, he’s just a bankster’ brigade; then there’s the view that the FSA is fairly imposing its rulebook; and finally there are those who think the FSA is out of order here and maybe out of control more generally.

George Osborne will sign a deal on Monday with Hong Kong aimed at helping turn the City into an offshore trading centre for the renminbi, the FT says, in what the UK chancellor sees as a vote of confidence in London. Mr Osborne believes the talks are proof that China sees London as a significant financial centre and gateway to the European single market, in spite of Britain’s isolation at a Brussels summit last month. The chancellor will agree with Norman Chan, chief executive of the Hong Kong Monetary Authority, technical measures to help London play an important role in increasing the renminbi’s standing as a big global ­currency. The two men will set up a forum investigating synergies between the UK and Hong Kong, including looking at clearing and settlement systems, market liquidity and development of new renminbi-denominated products. The deal will give weight to attempts by Mr Osborne to ensure that new European Union regulations do not stifle the City. 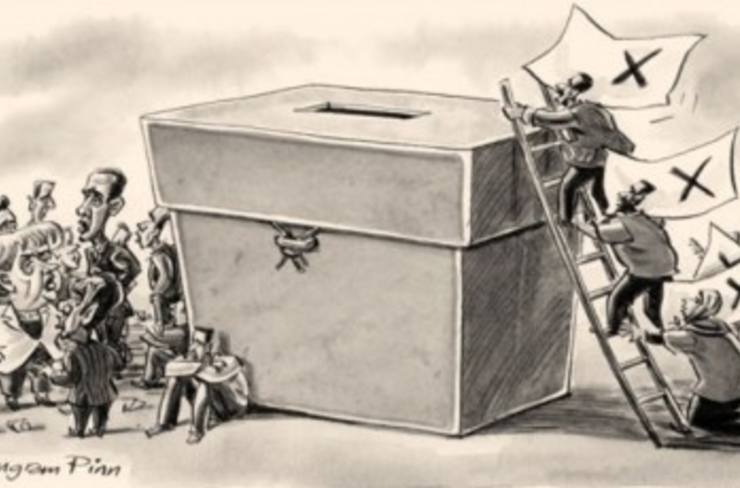 Comment, analysis and other offerings from Friday’s FT,Philip Stephens: The highs and lows of democracyThe story of 2011 has been of the advance of democracy and the failure of democracies, says the FT’s Philip Stephens. In the Arab world, tyrants have fallen on the region’s political awakening. In rich nations, elected leaders have been frozen in crisis. Welcome to another of the paradoxes of the new global disorder. I do not recall the advance predictions that the good news this year would come from the Arab street; nor that the bad news would see a Greek debt crisis turn into an existential threat to half a century of European integration. We are in an age that habitually defies the easy assumptions of the old order. The passing of two centuries of western hegemony will be an unpredictable and uncomfortable experience. Gillian Tett: Crisis fears fuel debate on capital controlsIs the world stealthily sliding towards capital controls? That is the question which is starting to hover, half-stated, on the edge of policy debates, as financial anxiety spreads across Europe, writes the FT’s Gillian Tett. But now, a new salvo has been fired into this debate from an unexpected source: the Bank of England. Earlier this week, the Bank released a paper on global capital flows written by three of its economists, William Speller, Gregory Thwaites and Michelle Wright, which draws heavily on earlier research by Andy Haldane, the Bank’s head of financial stability. It garnered little attention amid the eurozone dramas. But the message is sobering, important – and timely. For what the paper argues is that today’s financial turbulence might be merely a precursor of something even worse in the years ahead.

Newer results You are on page 3 Older results