How Japan has coped with Japanification 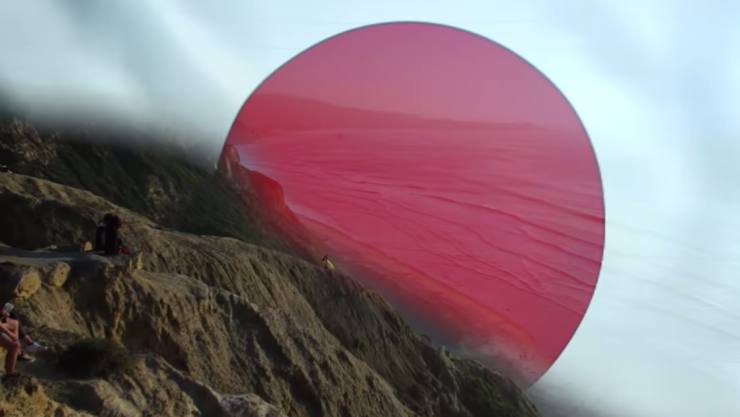 Japan has means of surviving years of sluggish growth that the US lacks.

To hedge or not to hedge? 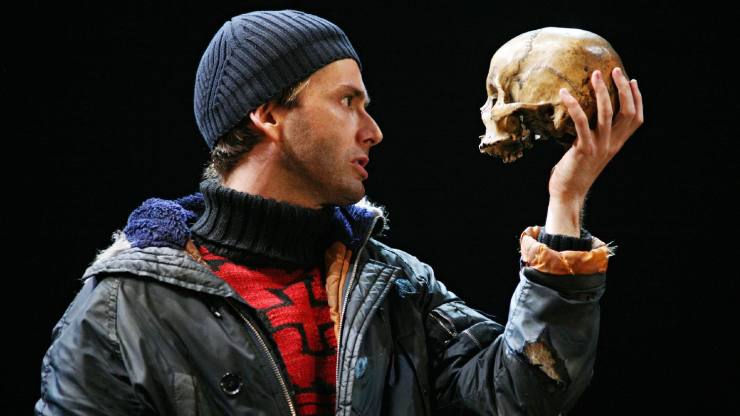 Japan inflation, from cheerleading to fearleading 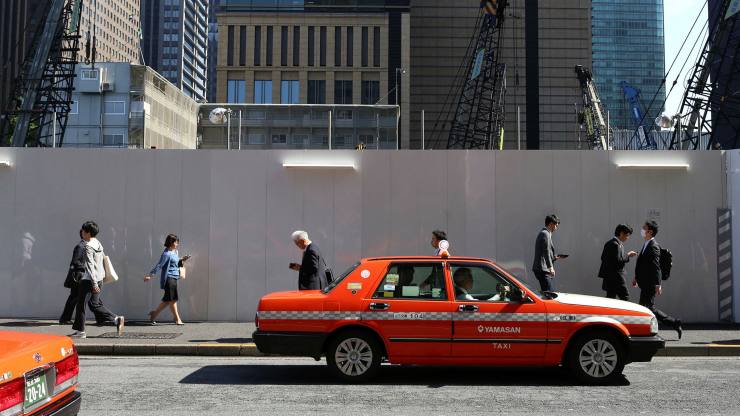 The ECB, innovation and yield targets

Where the BoJ leads the ECB may/may not follow. You will all remember that last week the BoJ unveiled QQE with yield control — a 10yr yield target that may signal the end of QE as we know it.

Many things are big in Japan, but inflation isn’t one of them. But that may change sooner than you think. At least one metric suggests that Japan is actually pretty close to becoming the Land of the Rising Prices once again. This, courtesy of Paul Krake at View from the Peak, shows Japanese CPI charted against brent crude priced in yen. Thanks to the yen’s slippery slide, it’s now back up to around the same level it was when Japanese inflation last ran briefly at about 1 per cent.

Remember how Richard Koo was saying last week that inflationary expectations are actually far more widespread in Japan these days than deflationary expectations? And people fear inflation more than deflation? We found that idea a bit surprising (and we recommend Krugman for more on the issue) but HSBC made a good argument as to why the concentration on inflation is itself a very legitimate concern. And the idea that recent weakness in the yen might in fact reflect a fear that the BoJ/ MoF will fail to control inflation once it has been loosed (our emphasis):

Koo, Posen, and other Abenomics dissenters

Abenomics: it’s as divisive as it is fun to say. We should start this round with Adam Posen, who used to sit on the Bank of England’s Monetary Policy Committee and penned an Abenomics op-ed in the FT on Wednesday.

Dear Bank of Japan: So you tried the easing thing a gazillion times…

… might it be time for something (relatively) new? One question that keeps on popping up is, what is stopping Japan from adopting a currency peg a lá the Swiss National Bank? If repeated easing seems to have no real effect why not get explicit? Essentially, there is little chance of an explicit floor being put in place due to:

Of earthquakes, the BoJ and the ever-resilient yen

As we noted earlier on Friday, there’s nothing quite like a killer earthquake and tsunami to boost a currency — at least, that seems to be the case in Japan where the yen not only recovered after dipping in the wake of Friday’s 8.9-magnitude earthquake and massive tsunami, but went on to rack up some fairly astonishing gains. In most countries, a natural disaster of that scale would drive a currency down, as seen in New Zealand, where the earthquake that devastated central Christchurch drove down the kiwi and prompted the central bank to cut rates. 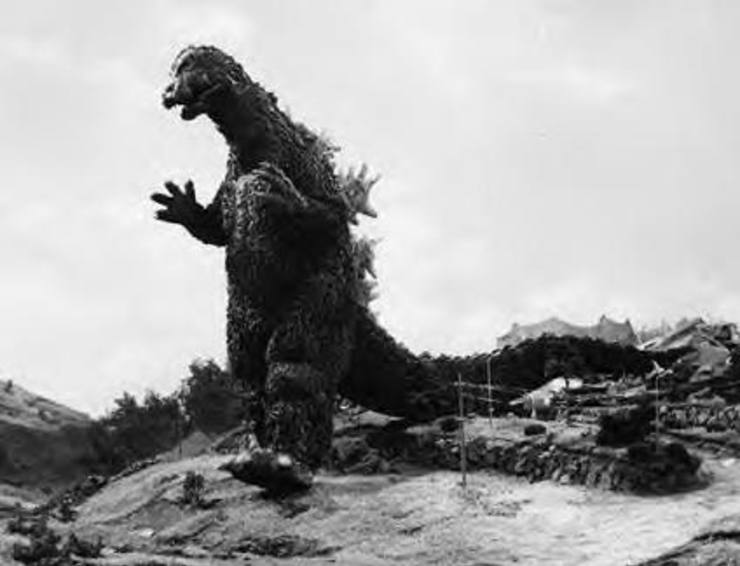 Either Willem Buiter is setting out to shock, or he really is worried about Japanese deflation this time.

And to think the market shorthand has always been Japan = deflation. Trust Société Générale strategist Dylan Grice to think of the Japanese future a little, um, differently. From Friday’s Popular Delusions note:

Japan stands ready to intervene again in foreign exchange markets, but also plans to put in place broader economic and monetary policies that will help to weaken the yen, Japan’s prime minister Naoto Kan has told the FT. Mr Kan made clear his government was ready to continue to intervene alone if necessary. He also stressed that Tokyo wanted to create a “total” package of measures to expand domestic demand and encourage a more appropriate currency level — including using the yen’s strength to invest in natural resources overseas. The Bank of Japan is also still beating the quantitative easing drum, according to the WSJ — ‘if necessary’, of course.

Once more unto the breach, with Japan’s Kan

This is getting to be like an interminable rerun of a kabuki play. Barely two months after one change of government and (yet another) dose of political paralysis in July, Japan is at it again. 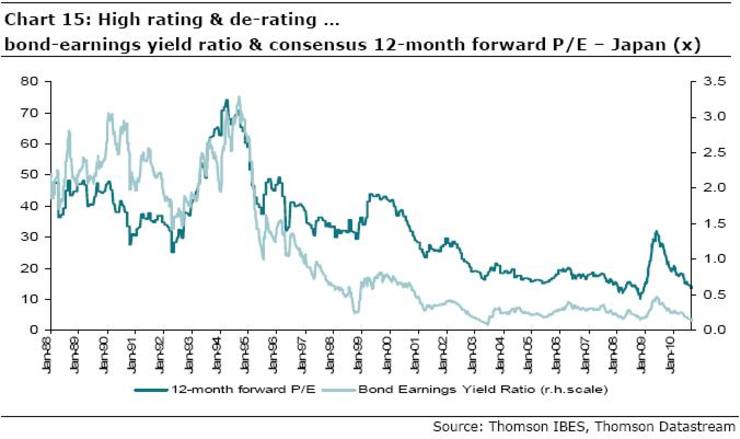 The bond market seems more or less unassailable in its apparent fear of deflation at the moment. Which suggests rather nasty things are about to happen to the stock market. So here’s a contrarian take on whether equities are indeed about to turn, Japan-style — this one being expressed via the medium of P/E ratios.

JGB update: Is Japan the next Greece?

Is Japan, mired in debt and deflation, the next Greece?, asks the FT in an attention-grabbing line of an editorial comment on Tuesday. After all even Shizuka Kamei, the country’s financial services minister, thinks Japan Post, the giant bank his ministry oversees, should consider diversifying out of Japanese government bonds and buy corporate bonds and – of all things – US Treasuries.

Land of the rising sun: Closer to the precipice?

The numbers out of Japan have been getting steadily more awful over the past year. As Lex noted last week, economic destruction in Japan is “assuming Godzilla-like proportions”. Industrial production fell almost 10 per cent in December compared with November. That’s a big number but it gets worse. The government re-did its forecasts for January to a 9 per cent drop, and February down another 5 per cent. In all, that knocks almost a third off output since September, putting it back, as Macquarie notes, at 1983 levels. In other words, it took a quarter of a century to reach levels that were unwound in the space of five months. For carmakers, it is even worse: production may halve from last year.

While the rest of the world burns, Japan is fiddling – or so a growing number of commentators are suggesting. Tokyo seems to be unilaterally undermining its recent effort to play good citizen of the international financial community by lending $100bn in temporary funds into the IMF for emerging economies. Instead of the expected applause, there is mounting criticism of the country’s seeming inability to take serious action to shore up its economy and become more involved in international efforts to repair the international financial system. A few weeks ago, shortly before Japan officially moved into recession, the government unveiled a Y5,000bn ($50.8bn) economic stimulus package – its second in as many months – as the prime minister, Taro Aso, in his best “serious” voice, warned of the impact of the global credit crisis on the world’s second-largest economy. “A storm that comes once in 100 years is raging,” he intoned. “We cannot stand by until it passes”.

Risk aversion is alive and well in Japan

After exploring further gloomy prospects for the US housing sector, CLSA’s Christopher Wood and his newsletter Greed & Fear land in Japan this week and conclude that, unlike the Americans, the Japanese “need no lessons in regulating financial excesses”. The legacy of Japan’s 1980s Bubble era not only means lingering risk aversion amongst the population at large, notes Wood, “It also means healthy, if sometimes too healthy, distrust for financial spivvery.”

Japan-watchers have had a field day — the resounding defeat of Shinzo Abe’s ruling LDP in Sunday’s elections for the upper house of Japan’s Diet, or parliament, marked one of the few recent occasions where talk of politics trumped the usual focus on markets, interest rates and yen-carry trades. The economic research group at Goldman Sachs Japan, led by chief Japan economist Tetsufumi Yamakawa, however, has put out a post-election client note that contains some highly relevant insights for Japan market-watchers.