Markets: Solid gains on Wall Street improved global sentiment and helped push Asian equities up to their best level in a month. Stocks in Greater China were mixed, a day after taking a big tumble on concerns that the mainland’s real estate boom could stall. But the bigger story in China was its currency. The onshore renminbi staged its biggest one-day drop in more than two years. (FT’s Global Markets Overview) 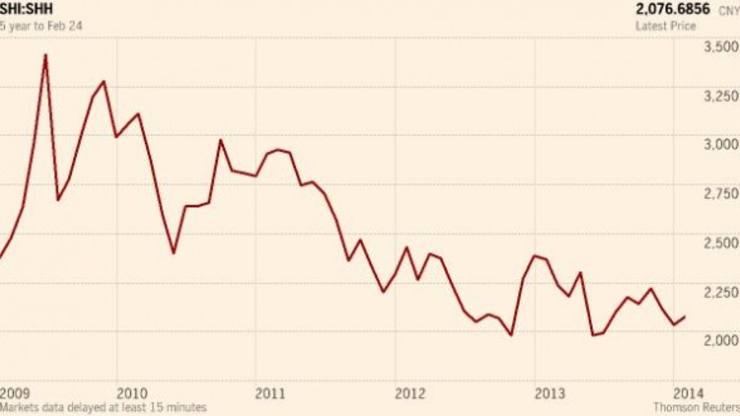 Alert, alert! Matt Taibbi of Vampire Squid fame has discovered contango in a five-page mega opus for Rolling Stone magazine, in which he blames all the usual names for crimes against markets, people and everything good in the world. It’s also a running continuation of his “everything is rigged” theme. But it’s a terribly nauseating read for anyone following the story since 2008. First off, Taibbi turns out to be a dependable repackager of other people’s stories. Facts and ideas unearthed by others are borrowed and twisted until they fit his own version of reality (often without citation or attribution). Case in point, the “vampire squid” description is surprisingly similar to popular writer ‘Coin’ Harvey’s 1894 description of the Rothschild bank as a black octopus stretching its tentacles around the world. True, Taibbi never claimed to have come up with the term himself and perhaps it is just a coincidence, but one can’t deny he’s benefited immensely from borrowing it and applying it to Goldman Sachs.

Markets: Asian equities continued to edge higher with support from Wall Street, in spite of less than encouraging data from Japan, where machine tool orders declined 15.7 per cent in December, about four times worse than estimates. (FT’s Global Markets Overview) Markets: Asian markets’ half-hearted efforts at a relief rally soon fizzled out as investors remain cautious and fleeting early gains failed to bring indices anywhere close to the levels seen before the emerging market turmoil began. Signs of stability are plentiful, however. Three of the hardest hit currencies in recent weeks – the Turkish lira, the South African rand and the Hungarian forint – led a rebound overnight, strengthening 1.9 per cent, 1.7 per cent and 1.6 per cent respectively against the dollar. (FT’s Global Markets Overview)

The banks are OK, Spanish edition

Glimmers of hope in Spain, which has adjusted its economy (cut labour costs) and is peering around the corner of recovery. Credit Suisse has sufficient confidence to upgrade its views on some of the banks. They would now buy Caixabank and Popular, while Sabadell gets a reprieve from the sell list. We see Spanish banks approaching a ‘turnaround’ in the earnings cycle after material progress in terms of funding, capital and Non Performing Asset recognition, and with superior operating leverage adding appeal to the story… This is from Reuters and makes a nice little moral hazard gauge for China. The story involves a trust product, called “2010 China Credit / Credit Equals Gold #1 Collective Trust Product” which just screams “buy me” but maybe not “stand behind me when I go bad”: Industrial and Commercial Bank of China, the world’s largest bank by assets, said on Thursday that it has no plans to use its own money to repay investors in a troubled off-balance-sheet investment product that it helped to market.

Over the new year the New York Times published a scathing attack on Professor Scott H. Irwin of the University of Illinois and Professor Craig Pirrong, of the University of Houston, in which author David Kocieniewski argued the professors were shills for the industries they covered. Kocieniewski’s case against Pirrong was that he had defended and still defends speculation in commodity markets whilst working as a consultant for the Chicago Mercantile Exchange, Trafigura, the Royal Bank of Scotland, and other market players. His issue with Irwin was his position as a defender of speculation in agricultural markets, whilst consulting for a business that serves hedge funds, investment banks and other commodities speculators.

A lending buddy needs capital, as well as trust [Update]

Markets: Equity markets are weaker across the Asia-Pacific region. Investors are cautious ahead of interest rate decisions in the eurozone and the UK on Thursday plus a highly-anticipated monthly US jobs report on Friday. The broad losses follow a 0.1 per cent pullback in the S&P 500, after a strong private payrolls survey increased speculation that the Federal Reserve could soon trim back, or “taper”, its stimulus measures known as quantitative easing. (Financial Times)

Newer results You are on page 4