Was Germany right to ditch nuclear? 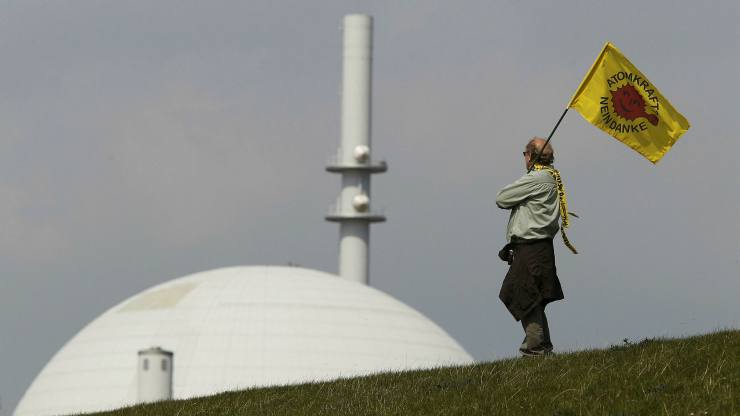 It has been an environmental disaster up to now, but will it eventually pay off? 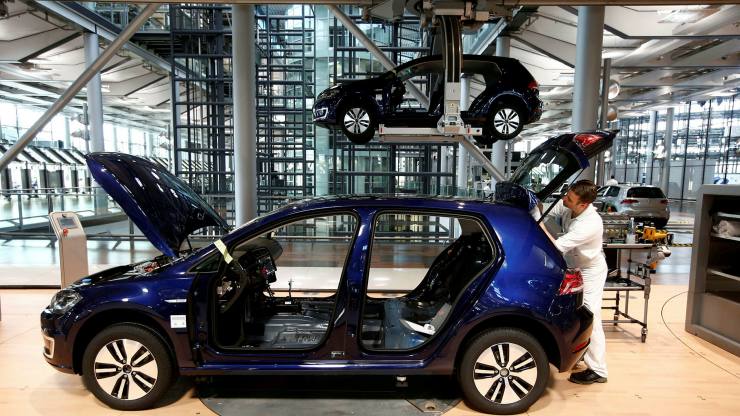 Switching to EVs is no cure all, but it’s better than standing still.

By: Claire Jones and Jamie Powell

A new normal at Alphabet? [Update] 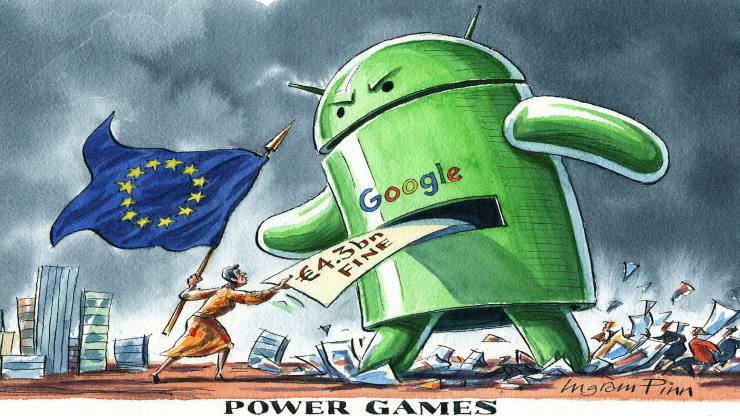 How to save the EU; the missing barrels; Saudi Arabian nuclear energy; life after liberalism; and more.

City fears for a “hard” Brexit

City fears for a “hard” Brexit, Aldi to revamp stores, investment boost at MonarchFT Opening Quote, with commentary by City Editor Jonathan Guthrie, is your early Square Mile briefing. You can sign up for the full newsletter here.

Philip Green slammed by MPs, an approach for William Hill and a warning from Rangold. FT Opening Quote, with commentary by City Editor Jonathan Guthrie, is your early Square Mile briefing. You can sign up for the full newsletter here.

Sir Philip Green is about to face MPs over the collapse of BHS, George Osborne is warning of an emergency budget, Aveva’s talks with Schneider Electric have collapsed again. FT Opening Quote, with commentary by City Editor Jonathan Guthrie, is your early Square Mile briefing. You can sign up for the full newsletter here.

The cost of Brexit, the fall in the oil price and the quality of crocodile handbags occupy FT Opening Quote today. With commentary by City Editor Jonathan Guthrie, it’s your early Square Mile briefing. You can sign up for the full newsletter here.

The UK competition watchdog has put the squeeze on the Three-O2 deal, Vedanta has persuaded lenders to amend debt covenants, Tata Steel is beginning the formal sale process for its UK assets. FT Opening Quote, with commentary by City Editor Jonathan Guthrie, is your early Square Mile briefing. You can sign up for the full newsletter here. 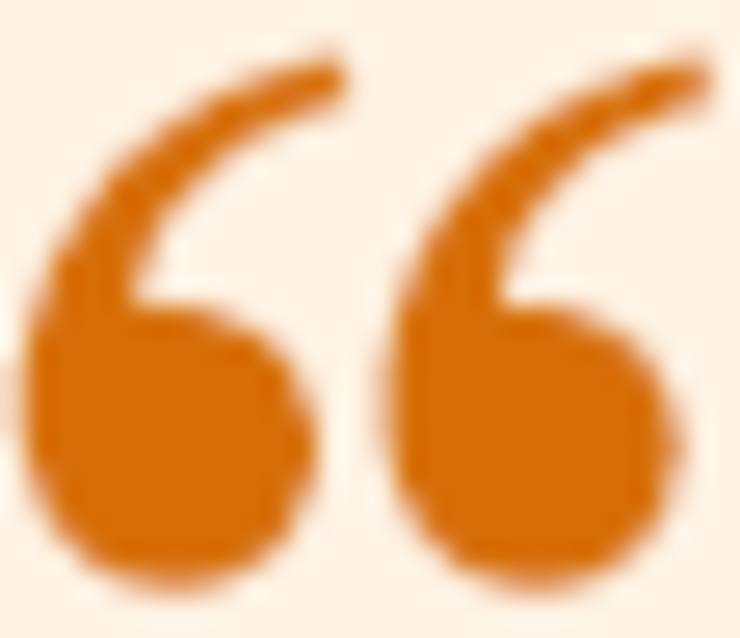 Hargreaves Lansdown’s assets under management have risen to a record despite difficult markets for investors, ChemChina is set to acquire Syngenta for $43bn, Luxembourg is seeking to acquire minerals from asteroids. FT Opening Quote, with commentary by City Editor Jonathan Guthrie, is your early Square Mile briefing. You can sign up for the full newsletter here.

Smith & Nephew says its CEO has a “highly treatable” form of cancer, BT is reshaping itself following its EE acquisition. FT Opening Quote, with commentary by City Editor Jonathan Guthrie, is your early Square Mile briefing. You can sign up for the full newsletter here.

How the ‘euroglut’ thesis became a reality

Kudos to George Saravelos at Deutsche Bank for calling out Europe’s euroglut problem more than a year ago — because, as Saravelos was keen to point out on Tuesday, what was once a thesis is now a reality. As he notes: The Eurozone has experienced a historically unprecedented shift in portfolio flows, with net fixed income outflows running at a staggering 500bn EUR over the last twelve months, the largest on record. These flows are mostly directed towards US bond markets and have exceeded the Eurozone’s current account surplus. They have pushed the basic balance into deficit over the past year contributing to EUR/USD weakness.

A COP21 disturbance in the force In two weeks time, 195 delegations at COP21 will gather in Paris in an attempt to tackle climate change. The goal of the 2015 UN climate change talks? A deal to keep global warming below 2 degrees Celsius. But it’s unclear exactly what will come out of Paris. Beyond any overarching agreement or policy, attendees would do well to remember the actual people who would be working in the changing energy landscape. With the difficulties of transitioning from a high carbon to low carbon environment, plus the potential disruption of automation and robots, going green is filled with many potential landmines for the workforce. Just last week, BoE chief economist Andy Haldane sounded the alarm about the threat of robot labour to the tune of 15m UK jobs. And the most at-risk occupations from automation — involving administrative, clerical and production tasks — typically are the lowest paid. Plus, moving toward a low carbon economy will likely require trillions of dollars in investments just over the next 15 years. What will happen to employment as the energy sector and governments make moves to go green?

Fnac has made a bid for rival retailer Darty and Sainsbury has some good news in its trolley for a change. FT Opening Quote, with commentary by City Editor Jonathan Guthrie, is your early Square Mile briefing. You can sign up for the full newsletter here.

Trinity Mirror is making its own newspaper headlines this morning, admitting it’s in talks to buy Local World, while Jeremy Corbyn has appointed a shadow chancellor who has labelled bankers as a bunch of jokers. FT Opening Quote, with commentary by City editor Jonathan Guthrie, is your early Square Mile briefing. You can sign up for the full newsletter here.

Greece in No doubt about its future

Aggreko’s Chris Weston is putting his stamp on the rental group with a reorganisation, while Cinven has sold a 30 per cent stake in Spire for £431m. FT Opening Quote is your early City briefing with commentary by City Editor Jonathan Guthrie. You can sign up for the full email here.

You can sign up to receive the email here. David Cameron will put the finishing touches to his cabinet and address newly elected Conservative MPs today. Campaigning over, he returns to a bulging in-tray: specifically, renegotiating the terms of Britain’s EU membership and of Scotland within the union. He will this week sit down with Nicola Sturgeon to thrash out the vexed question of how much more autonomy to hand Scotland after the SNP won 56 of Scotland’s 59 parliamentary seats. She has already warned him that it “can’t be business as usual”.

FirstFT (the new 6am cut)

You can sign up to receive the email here. The EU will launch one of the defining antitrust cases of the internet era today, formally charging Google with abusing its dominance of the internet search market in Europe. (FT) The European competition commissioner will accuse the US group of breaching antitrust rules by diverting traffic from rivals to favour its own services. Brussels will also launch a formal investigation into Google’s Android platform, focused on its distribution terms and compatibility tests for apps.

You can sign up to receive the email here. It’s a deal – after eight days of talks negotiators came to anagreement for Iran to limit its stockpile of uranium and its enrichment capacity for ten years. Iran has also agreed to an inspection regime that Barack Obama described as the most intrusive in the world. (FT) In exchange, world powers will lift sanctions against Iran; first the EU and then, once compliance has been verified, the US. The price of Brent crude dropped $2.15 to $54.95 a barrel on the news which also suggests more oil coming on to already depressed markets. (Reuters)

Athens’ chances of finding itself without an EU financial backstop in one week will come down to a bitter face-off in Brussels today between the Greek and German finance ministers, after Berlin rejected Greece’s request to extend its €172bn rescue by six months. The German rebuff came just hours after Yanis Varoufakis, the Greek finance minister, reversed his government’s long-held promise to kill the current bailout in a letter to his fellow ministers. But the letter, obtained by the Financial Times, had clauses that Berlin told counterparts amounted to “a Trojan horse” designed by Athens to change the conditions it must meet to receive €7.2bn in aid available for finishing the bailout. (FT) In the news

Credit beauty, in the eye of the beholder

European stocks are enjoying solid gains, with Germany’s Dax hitting a record high, helped by a rebound for resources groups as commodities slip but the recent extreme volatility in the sector abates. The calmer mood is reducing demand for some fixed-income havens, though many sovereign yields, which move inversely to bond prices, remain close to record lows. (FT) A 40 per cent drop in oil prices since June has brought huge losses to exporters such as Russia and a shot in the arm for the US and Europe. But western oil companies are also among the losers. Oil services behemoth Halliburton has lost 44 per cent of its value since July; Continental Resources, a huge shale oil producer in North Dakota’s Bakken region, has lost half its value since August; and even BP, a big, integrated group, has lost a quarter of its value in just the past few months. (WaPo)

Best keep an eye on @courtneymoscow…

So two of these babies just pulled up behind the convoy line pic.twitter.com/EVyACn40HQ — Courtney Weaver (@courtneymoscow) August 14, 2014 Here’s some Tina Fordham while we await developments…

Given that modern-day warfare must at some point involve drones or autonomous vehicles, it makes sense that modern-day propaganda wars should involve Twitter and social media. The battle for cyber hearts and minds in that regard is now getting really interesting. One need only do a casual Twitter search for “пустые полки“, the Russian for empty shelves, to see what we mean. The backstory here is that in retaliation for US and EU sanctions, Russia has decided to ban the importation of large categories of food products from each.