Have you ever got bored shopping online, tried to close the window and basically been told by the computer that you can’t leave?

Well, apparently that bit where your computer tells you to keep shopping is a product itself, one that has won British technology startup Ve Interactive plaudits in the press, £55m of investment and a coveted “unicorn” valuation of over $1bn along the way.

Now the seven-year-old company is trying to raise more money, telling would-be investors that its valuation could more than triple from a purported £1.5bn today to £5bn by early 2017, helped by a “scale through acquisitions” strategy, according to documents seen by FT Alphaville.

The company compares itself to tech giants like Facebook in the documents, claiming that Ve could be worth as much as £29bn in an initial public offering or private sale, but the question for new investors is whether Ve could be a rare British tech success story that achieves global prominence and profitability, or if it will turn out to be a story of skilful marketing and excess optimism.

Ve Interactive and its co-founder and chief executive David Brown have won a string of awards in recent years, many of which follow the tradition of sounding more illustrious than they are in reality. That said, in 2015, Ve was named the UK’s fastest growing private technology company by The Sunday Times and the business is one of just 18 British unicorns, a group that used to include Dan Wagner’s Powa Technologies before its collapse in February this year.

In marketing materials, Ve is described as one of the world’s “largest data processors”. It sells a variety of “re-engagement apps” to online retailers that help them convert site visitors into sales they would have otherwise lost, taking an average 6.25 per cent commission in return. Those “apps” include tools for emailing people who have filled an online basket but not completed checkout and pop-ups that appear on websites when a potential customer tries to leave.

But while Ve uses the sort of tech lingo you see across the industry, it is set apart by its opposition to venture capital funding, boasting in investor documents that eschewing money from VCs avoids “draconian ratchet provisions”, prevents “a race against aggressive funding” and results in “lower bureaucracy”. Instead, Ve has built up a shareholder register of over 480 individual investors in the course of raising £55m since its founding in 2009, according to an investor presentation.

That has allowed Brown to operate a board of directors consisting entirely of his associates and Ve Interactive executives, with little external oversight of activities like the £2.3m borrowed by five Ve directors, including Brown, over a number of years prior to the end of 2014*. The money was lent to the directors to cover their salaries at times, a move designed to defer salary-related taxes, according to a person with direct knowledge of the matter. The money was all repaid by September 2015, according to the company’s 2014 accounts. “We have no intention of issuing any [directors’ loans] in the future. Furthermore, there is no legal requirement for independent oversight,” Brown said in an email.

Brown, along with his co-founder Kathy Heslop, have a 10.3 per cent stake in Ve through their UK-based vehicle KMGI Limited, according to the most recent public shareholder register. Ve’s 2014 accounts show £770,000 of borrowing by KMGI, which Brown said related to the repayment of costs born by KMGI in Ve’s early years.

He and Heslop had in turn borrowed a total of £2.8m from KMGI by May last year, according to KMGI’s latest public accounts. According to Brown, the vehicle is due to be wound up at the end of this year.

The aversion to venture capital funding has its origins in Brown and Heslop’s previous company, Serious, a marketing business founded in 1998 that sold things like collectable trading cards. The products, branded “Cardz”, could be inserted into a computer like a CD to play digital content.

Serious was wound down during 2008 and 2009, and Brown claims he sold out of the company in 2007 just as things started to go sour. “We thought maybe CD and DVD were coming to the end of their life,” he told the Evening Standard in February 2015, adding that “none of the venture capitalists at the time believed me —which was great”.

The venture capitalists he is referring to include the likes of North Hill Ventures, Total Technology Ventures, and GSA Venture Partners, now owned by Tribeca Venture Partners, all of whom invested in Serious and either declined to comment or did not return a request for comment.

Brown’s timing certainly seems to have been spot on: the UK business was put into administration in 2008 and the larger US company filed for voluntary bankruptcy in 2009. However, the administrator’s report for the UK operations suggests it had struggled from the start.

“Poor sales led to a hand-to-mouth existence from one investment round to the other,” the administrators wrote. In 2005 and 2006, for example, the cost of sales was higher than total turnover, even before distribution costs and administrative expenses were taken into account. Public accounts suggest the UK business failed to turn a profit in almost ten years of trading.

Public figures for the US company, which was larger, are not available, but the UK accounts note the US business made a £1.7m loss in 2005, a time when Brown was running the company. Brown claimed the group as a whole “made a consistent net profit during the years I was CEO.”

There are other, more subtle signs of problems at Serious. When Brown, who was chief executive, ceased to be involved with the company in late 2007, there was “a 90 per cent senior management change”, the UK administrator’s report notes.

In the 2009 voluntary bankruptcy filing for Serious USA, Inc, the company’s US arm, the Internal Revenue Service is listed as a creditor owed $251,000 in “payroll taxes (interest and penalties only) for 2004, 2005 and 2007”, suggesting the company had been penalised for failing to pay salary-related taxes on time.

Ve Interactive seems to be doing a bit better. The company has been loss-making so far, but at least its revenues clear the low bar of being larger than the cost of goods sold.

According to the most recent public accounts, the company made £20m of revenues and a £2.9m loss in 2014. Since then, Ve Interactive’s revenues have grown to £20.6m in the first half of 2016, along with a £3.7m loss in the same period, according to unaudited documents seen by FT Alphaville. The same documents show the company is forecasting £67m in revenues for 2016 and its first yearly profit of £17.7m.

Those numbers look a little less impressive when set against the £400m in sales forecast for 2014, according to this 2013 report in The Daily Telegraph. In a Mergermarket story the following year that quoted the Telegraph’s numbers, Brown reportedly declined to reveal the company’s turnover, “but noted that the company had exceeded its revenue projection for 2014.” In reply to our questions, Brown said forecasts for private, high-growth tech companies “are notoriously difficult to get right” and added that the company had always exceeded its own performance targets.

It’s not the only example of overly optimistic forecasting. In the February 2015 interview with the Evening Standard, Brown claimed to have “over 10,000 clients”, but according to a 2016 KPMG review commissioned by Ve, the company had a little over 6,000 clients in February 2015. When we queried this discrepancy, Brown said “we in fact had more than 10,000 clients”.

By November 2015, nine months after the interview, Ve was still slightly shy of the 10,000 mark with 9,633 merchants using its platform, according to the review.

In the same Evening Standard interview, Brown claimed that Ve was a “huge export success story”, with “over 70%” of its revenue coming from outside the UK. However, the accounts for 2014 show just 35 per cent came from overseas and the unaudited documents for the first half of 2016 show that the UK still accounted for 41 per cent of sales. That is expected to fall to 28 per cent for the full year, according to the documents, if you include £10.4m of sales gained through acquisitions that isn’t assigned to any particular territory.

Brown maintained that “over 70 per cent our business comes from outside the UK” and said Ve at times receives payment for overseas campaigns through its UK arm.

This year, Ve has been rolling out new products that it claims will boost revenue growth, including an improved pop-up product it says generates four times as much revenue as its previous offering. But as well as organic growth, acquisitions are an important part of the company’s growth strategy with a string of buyouts helping to top up the company’s sales numbers.

By the end of August, six acquisitions this year were expected to add “some £33m of annual revenues,” according to documents seen by FT Alphaville. Acquisitions in August and September alone would add close to £1bn to Ve’s purported £1.5bn valuation, according to the documents. “Once these close the share price will be increasing to £450,” they say, up from the £300 per share currently claimed by the company.

Whatever you think of boosting sales and valuation through acquisition, that’s a good deal more than the £250 a share paid by Concha, a small, London-listed investment fund that disclosed in March it had bought a 0.43 per cent stake for £4m from existing shareholders, implying a £930m valuation.

But if you’re interested in investing at £300 a share, Ve Interactive has been looking for up to £50m in equity funding this past summer, along with £25m of debt. Ve would also apparently like to hire either Morgan Stanley or Goldman Sachs to work on a £100m institutional funding round in early 2017, which it expects to do at £1,000 a share or at a £5bn valuation. Both banks declined to comment.

If you do decide to invest, bear in mind that Ve charges a 10 per cent “administration fee” for shareholders who want to sell out. The fee is “for management time and other costs associated with finding buyers for willing sellers,” said Brown.

Venture capitalists need not apply, however.

“We have a complete ban on venture capitalists — don’t like them,” Brown told the Evening Standard last year. People he does allow to invest can also expect short shrift, it seems. The newspaper reported him saying: “It is a case of give us your money and bugger off.”

Last year, Mergermarket, a former subsidiary of the FT, cited an anonymous source who pegged Ve Interactive’s valuation at £2bn, based on the secondary sale of £40m worth of shares. That figure found its way into a 2015 report by GP Bullhound, a tech-focussed investment bank in London, who introduced Ve Interactive as one of a crop of new European tech unicorns. GP Bullhound’s research, in turn, was the subject of a story in the FT in June 2015 titled “Europe incubates tech’s new billion-dollar babies”, which included Ve Interactive in an accompanying graph but didn’t otherwise mention the company. The same day, Ve announced it had been “named tech ‘billion dollar baby’ by the Financial Times”.

*This article has been revised to make clear the £2.3m borrowed by five Ve directors accrued over a number of years prior to the end of 2014. 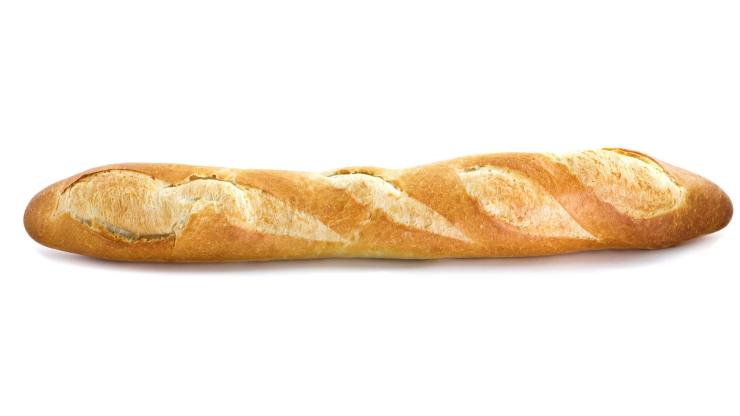