Herbalife, the nutritional shake multi-level marketing enterprise involved in a three-year battle over the legitimacy of its business model, has agreed to change the way it does business as part of a settlement with the Federal Trade Commission announced Friday.

The Los Angeles-based group also agreed to pay $200m compensation to customers to settle a complaint that it, among other things, caused substantial injury to customers through an unfair compensation scheme in which the only true way to profit was through recruitment.

There was no mention of the term pyramid scheme, but keep in mind that a multi-level marketing enterprise is at heart nothing more then a product and a compensation scheme. Messy legalities about what makes one operation legitimate and the other illegitimate have shifted for the benefit of those exploited.

What the FTC did not do was hand Bill Ackman a neat victory. The hedge fund manager behind Pershing Square, who started his short selling campaign more than three years ago, has called for Herbalife to be shut down. On Friday, the company’s share price jumped 10 per cent on news of the settlement.

Still, had the FTC called Herbalife an illegal pyramid scheme and tried to put it out of business, years of litigation would likely have ensued. In the absence of a statutory definition, the commission would have to prove, from first principles, pyramid behaviour in court. The failure to do this in a 1979 case against Amway produced a set of permissible behaviours that allowed the modern multi-level marketing industry to flourish.

Instead the FTC has laid out a view of where legitimacy lies through the agreement with Herbalife.

It may be worth comparing the FTC’s complaint and the consent decree with the statement in Herbalife’s press release that the “settlement does not change Herbalife’s business model as a direct selling company”, and that it settled to avoid the expense and distraction of litigation.

As Edith Ramirez, FTC chairwoman, says in the FTC announcement: “This settlement will require Herbalife to fundamentally restructure its business so that participants are rewarded for what they sell, not how many people they recruit.”

Dwell for a moment on what this restructuring entails, as the central issue of this series and the saga has been who counts as a customer and what is a true retail sale.

Multi-level marketing relies on recruiting distributors to sell a product, in Herbalife’s case nutritional supplements, and also to recruit other distributors to do the same.

A longstanding grey area in the industry has been the overlap between the product and the business opportunity. It is surely ok for a salesperson to buy some of the product for their own use, but that can also be an excuse for salespeople near the bottom of the organisation to over-purchase product in a doomed attempt to build a business.

Legal cases brought by the FTC over time had suggested there should be genuine consumers buying most of the product for an operation to be legitimate, but a 2003 staff advisory opinion from the FTC had muddied the water by appearing to legitimise the idea of “internal consumption”: salespeople buying lots of their own product.

Herbalife has long argued many customers joined up as distributors just to get a discount on protein shakes. Since it came under attack it made a distinction between a member (customer) and distributor (business builder), and this line has has now been solidified and reinforced by the FTC.

For distributors, at least two-thirds of any individual’s rewards paid by Herbalife must now be related to “tracked and verified” retail sales where at least two of the address, email or phone number of the named customer are retained. For the company as a whole, if the share of retail sales drops below 80 per cent it must reduce payments to distributors.

So the FTC has made genuine retail sales the test of legitimacy, and one of the things the independent compliance auditor, which Herbalife must pay for as part of the settlement, will presumably be keen to verify on a regular basis. Fresh guidance for the industry is promised.

Note too the details of the training course now required for all Herbalife “business opportunity participants”. Recruits will now have to be briefed on:

(a) the importance of purchasing only the amount of product that the Participant expects to sell in the near future;
(b) how to document retail sales;
(c) prohibitions on and consequences for falsifying retail sales documentation;
(d) how to identify and account for business-related expenses and calculate profit or loss;
(e) how to create a business budget and manage income and expenses;
(f) prohibited and permissible representations to Participants and potential Participants;
(g) how to receive a refund or buyback for unwanted product; and
(h) how to submit a complaint about the business opportunity to Defendants and to law enforcement.

There are also restrictions on how soon a distributor can lease premises to chase the business opportunity. It may not be all that critics of weaknesses in the multi-level marketing regime had hoped for, but the consent decree is more than a good start and might one day form the basis of harder rules for the industry, perhaps even legislation.

The question now, however, is the effect on Herbalife.

One aspect is the extent to which these changes affect Herbalife’s international business. The US is only about a fifth of the group’s operations, but will senior distributors based in the US have to treat non-US recruits the same way as Americans?

Still, the company has the opportunity to prove its business is wholly legitimate, as it has always claimed. It cast the requirements of the settlement as measures it had already implemented or contemplated.

Assuming the FTC enforces compliance robustly, either Herbalife will thrive or Bill Ackman will be proved right as the effect of changes to the company’s US business begin to tell. The fight isn’t over, but one very important issue has been settled as it continues: genuine buyers of the product, with no interest in the business opportunity, are what really matter.

The prop trading that got away 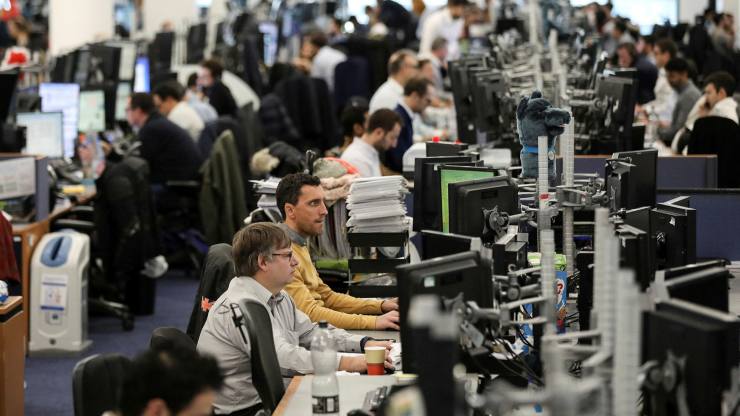 How the market-making and liquidity management desks became the new risk-taking centres across the banking industry.

The prop trading that got away