Fresh from the inbox, first from Goldman:

We expect the BoE to implement policy actions aimed at maintaining market functioning (in difficult circumstances), by activating swap lines with other major central banks and by announcing additional liquidity operations, including the provision of term funding for UK banks.

These actions should help mitigate foreign exchange volatility and support bank funding, including foreign currency funding. Many of these facilities were put in place in response to earlier market tensions.

Activating swap facilities with other major central banks, including the Federal Reserve and ECB, allows the BoE to lend Dollars and Euros to UK banks and should help stabilise FX volatility in addition to supporting bank funding.

We expect further policy easing to be announced by the BoE at its July 14 MPC meeting (or before), focused on credit easing measures. We expect a programme of asset purchases to be announced focused on (non-bank) corporate debt. Should bank funding costs rise, as seems likely, we would also expect the BoE and HM Treasury to announce an extension of the Funding for Lending Scheme. Such policies support domestic demand in the event of a loss of domestic confidence and yet do not contribute to a more severe weakening in Sterling.

We expect an interest rate cut in August alongside an Inflation Report that communicates a policy of ‘looking through’ a period of above-target inflation owing to a sharp weakening in Sterling. This is likely to imply extending the MPC’s policy horizon for returning inflation to target to “around 3 years”.

Credit Suisse on both the BOE and the ECB:

– The Bank of England to ease significantly, unless the ongoing fall in sterling becomes large and disorderly. We expect rates to be cut to 0.05% from 0.5% and another round of quantitative easing, of £75bn. We expect those measures to be announced by the 4 August MPC meeting at the latest. If financial markets and cyclical data are sufficiently weak, a move as soon as the 14 July meeting is possible.

– The euro area economy to slow, but not as severely as the UK. We should see a setback to the ongoing pickup in corporate spending as a consequence of heightened uncertainty, and tighter financial conditions as markets reprice for higher political risk premia in southern Europe. Growth should be close to zero in the second half of the year. We have cut our GDP forecast for this year to 1.5% from 1.7% and for next year to 1.0% from 2.0%.

– The ECB to attempt modest further credit easing. ECB policy easing is already close to its limits in political and logistical terms. But one option may be for the ECB to make its TLTRO operations, launched last week, more generous. One possibility would be to increase the amount that banks can borrow at a negative rate from these operations. At present they can borrow the equivalent of 30% of their existing corporate and consumer credit loan books. The ECB could increase that percentage, or include the mortgage loan book in the amount used for the calculation. 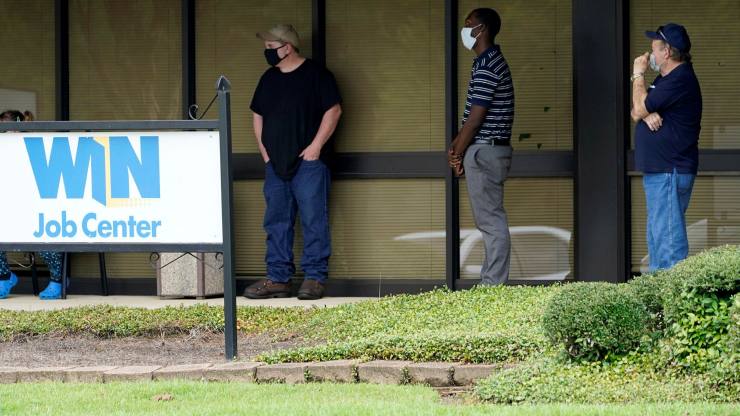 Leo Hindery spells out the need for politicians to look beyond the official Bureau of Labor Statistics numbers when considering stimulus measures.